Bitcoin is set to make a big impact in Africa as it has the potential to help a country where majority of the population is illiterate and does not use a bank account. It has the potential to help pay school fees and receive money from relatives working abroad. Many money transfers that work abroad charge a large fee. However Bitcoin has a minimal fee which means it could improve the standard of life in Africa. In Africa the households that have money issues can get to grips with their incomes and out goings with Bitcoin. In Africa the average cost using money transfer services such as western union is 12% of the amount you send. This essentially means if you send $1,000 you lose $120 which leading to the opposite party only receiving $880.

However a few services are realising the boundless opportunities currencies such as Bitcoin can have. A while back Bitpesa was introduced in Kenya and created a noticeable difference and allowed easy transfers of money. Now a new service called Beam has been introduced. It has a simple site and shows you how it compares with other money transferring services such as western union and MoneyGram. 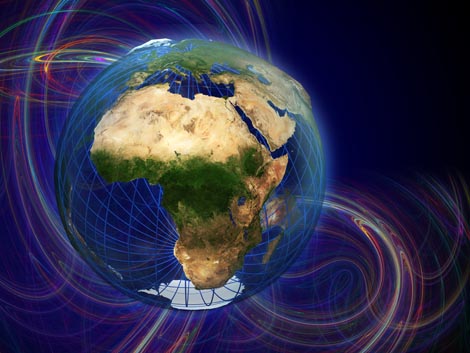 “Africa, in particular, is kind of at the frontiers of mobile,” said the chief executive of Western Union. “The people do like mobile, use it like mobile… but also as a wallet. This mobile wallet has been very successful in Kenya. We did not see a big success in other countries…but the future, I think, will be that, once the consumer figures out how to use it.”

The service has a simple idea where you send them Bitcoin, they convert it to Ghana Cedi’s and then they send the money via mobile  instantly. This shows how Bitcoin will hopefully make a huge positive impact to normal working people and how more and more people are realising how Bitcoin can help them. However there are many more places where the addition of a cryptocurrency such as Bitcoin can help. Also Bitcoin is a currency without borders and its safety means it is a good way to send money and many services can benefit from Bitcoin.

However the only drawback is Bitcoins volatility as it has had a bumpy ride since it was around $13 in January, then went to $1,147 and at the time of writing was $238.3. Furthermore many banks do not yet accept Bitcoin and it is still a widely unrecognised currency. Not many people have heard of Bitcoin and are yet unaware of the positive difference it can make. The constant price changing means that the cedi could change and this usually plays havoc with Bitcoin services as it means the customer could receive less or the service might give away too much as a the price might change at the same time as they send money.

The service means that money can be sent quickly and safely. Hopefully many more services will be made that utilise Bitcoin and will mean there are more opportunities for Bitcoin users.

Mark is a 24 year old cryptocurrency entrepreneur. He was introduced to Bitcoin in 2013 and has been involved with it ever since. He used to mine bitcoins and altcoins but now focuses on blogging and educating others about digital currencies.