With every green candle in the past two months, cryptocurrency supporters hope the bear trend has ended. However, after each extended period of appreciation, it seems as if an even longer and steeper sea of red is experienced after. Yesterday, technical analysts and spectators alike scratched their heads at Bitcoin’s inexplicable chart.

Although the unexpected is the norm throughout cryptocurrency, Monday’s Bitcoin chart sparked a slew of attention on Twitter and throughout relevant communities. On six separate instances in the past day, Bitcoin saw red or green half hour candles of $100 or more. Most prominently, a pump of over $300 was erased by an even larger dump less than four hours later.

Unlike some periods of massive fluctuation, there was no news to support such price movements. Apart from news reacting to the price chart itself, it was a relatively quiet Monday for cryptocurrency. As is usual, a number of crypto speculators suggested market manipulation is the only plausible explanation for such a day. Critics of this argument suggest that markets are always unpredictable, and such movements don’t necessarily prove any malicious activity. 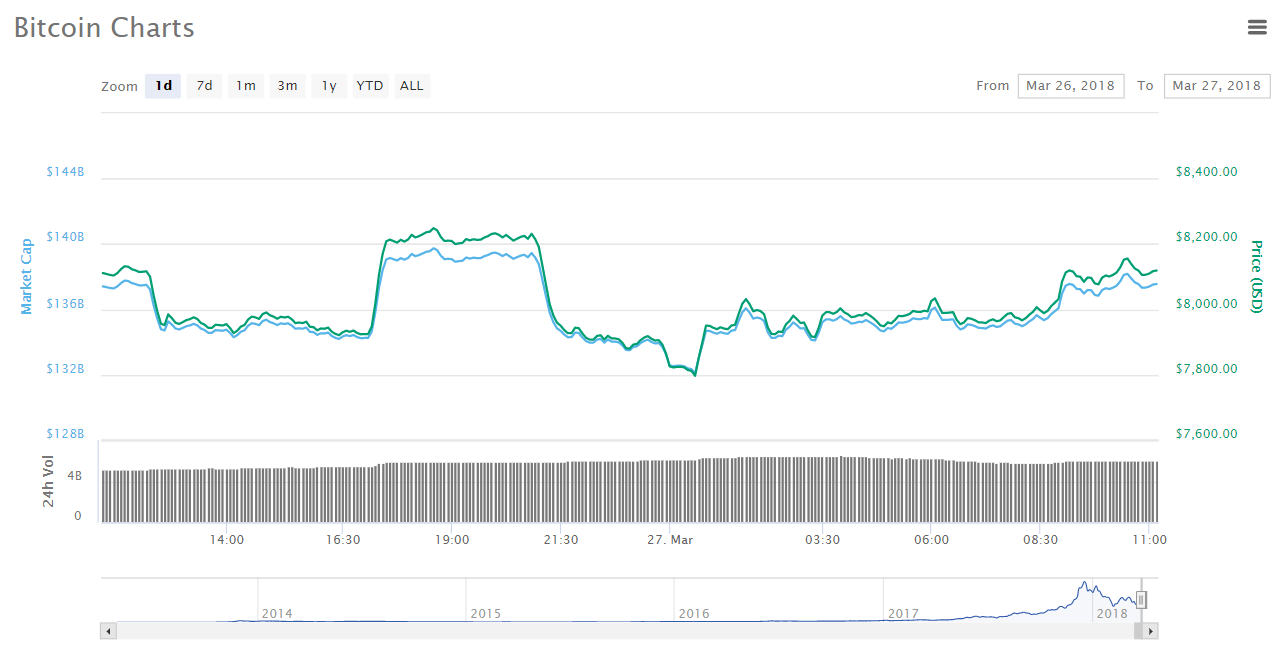 What is certain is that such rapid price movements suggest investors worldwide are on edge. Triggers are being pulled very quickly, both in favor of upwards and downwards price movements. In such a reactive environment- the only thing that can be predicted is that something huge is dangerously near. This could manifest as a monumental event for either bears or bulls.

Fortunately, the price of Bitcoin has since returned to previous day prices above US$8,100. While Bitcoin has undergone a primarily steady decline since March 5th highs of $11,700, there does seem to be an emerging level of support above the $8,000 range. If this support can hold, it’s likely that the next truly explosive period of price movement will be in favor of the Bitcoin and cryptocurrency bulls.

Regardless of the immediate future of cryptocurrency, supporters of the technology remain unconcerned. Despite any negative price trends, technology is being further developed each and every day. Bitcoin’s Lightning Network recently officially launched on the BTC mainnet, and its influence is only continuing to grow. Altcoins across the board are inching ever closer to bringing their developments to fruition. When much of the cryptocurrency and blockchain technology is adopted by major industries on a global level, these hundred dollar movements will likely serve only as minute blips on future price charts.