Cardano (ADA) is the newest coin to take its place among the top 10 cryptocurrencies ranked by market capitalization, currently sitting at number 9 with a market cap north of US$3 billion. ADA found itself firmly in the top 10 after a hugely impressive week in which it rose from a low of 338 satoshi to a high of 1,690. It’s currently trading at just under 1,200 satoshi, for a growth of over 250% against Bitcoin. Thanks to Bitcoin’s 30% price increase over the past week, the dollar increase for ADA during the same period was over 300%.

Considering that boom, many in the crypto community are attempting to wrap their heads around this currency. At first glance, ADA is a coin focused on scalability and accessibility. The primary goal is to create a coin that will be ready for mass adoption, should it occur. Beyond that, there are plans to implement smart contract features and other utilities currently associated with existing altcoins. As of now, Cardano’s mainnet has launched, but smart contracts and all other features are still in development.

Cardano’s selling point is the philosophy behind it. The team behind ADA claims it is the only cryptocurrency derived from a scientific philosophy and research-driven approach. On the surface, that sounds revolutionary and a clear indication that ADA is superior to its competition. However, this bold claim is blatantly false. It is not the only, and not the first. There are plenty of coins possessing a scientific or academic background and are research-driven (take MIT’s Enigma, for example). 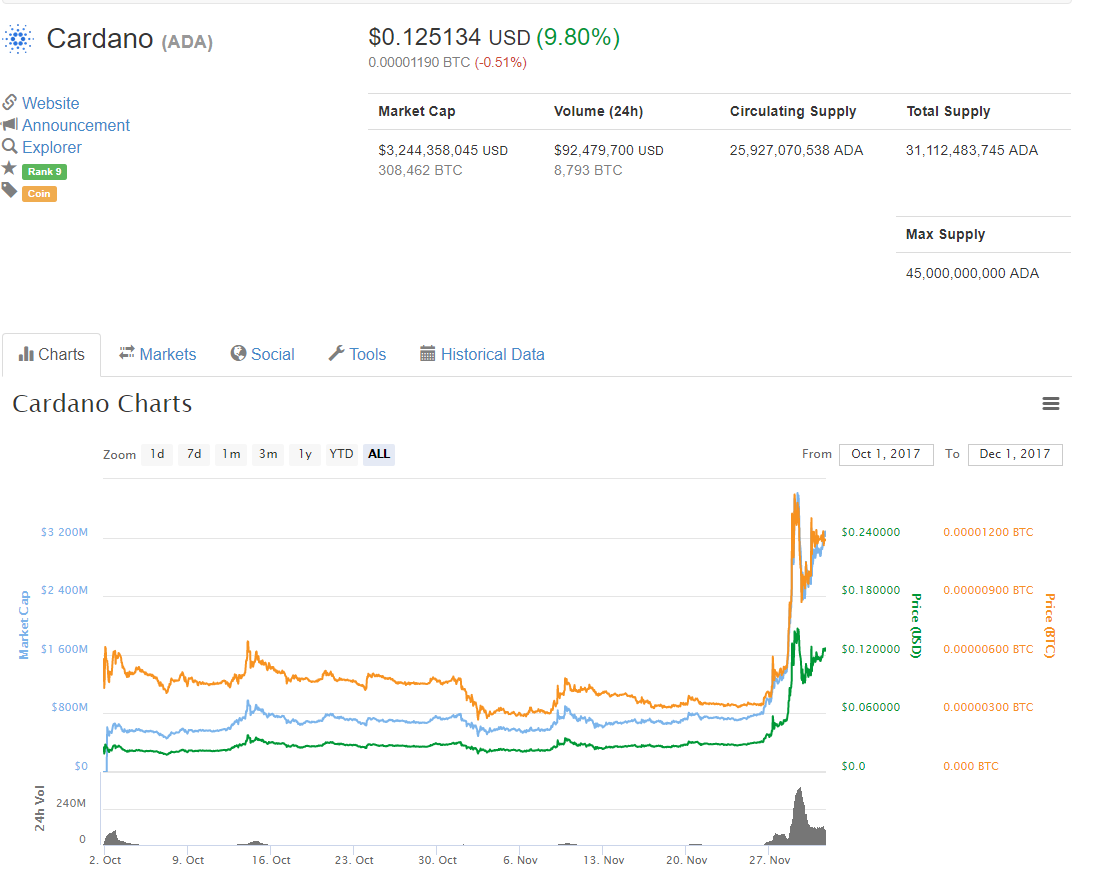 Beyond this, ADA cannot hide the fact that there are no tangible developments in place. At this point in time, the coin is simply vaporware. The mainnet is more of a litenet than anything, as none of the planned features are currently in place. In comparison to its competitors such as ETH, IOTA, NEO, and WAVES, ADA is seriously lacking in terms of framework.

While Cardano has just recently established itself among the top 10 cryptocurrencies, it is unlikely that it will remain there for long. Many speculators suggest that a pump is in place to artificially inflate this coin’s market cap. While that may or may not be true, it’s logical to suggest that the real value of ADA is far below its current valuation, and it’s safe to assume we will see it exit its place in the top 10 in the near future.