For some time in the past, Gamefi was criticized by many people as a lofty sector without any actual value support. In other words, GameFi to the criticizers’ eyes lacks the support of underlying assets, and represents nothing but an economic bubble. HashLand, however, doesn’t believe in this philosophy and commits itself to bringing about a revolution.

In Hashland’s NFT pre-sale, it adopts a dual token system which is radically different from traditional Gamefi. For the present GameFi, dual-token mechanism mainly refers to game points token and governance token while in Hashland ecology, the dual tokens consist of HC and BTC. HashLand is the first decentralized asset synthesis platform that combines intellectual property and hash assets. By bridging NFT with hash assets, HashLand is able to reshape the hash market in the form of synthetic NFT.

With this new tokenomics, Hashland has quickly completed the first round sale of NFT cards, and attracted the attention from global Gamefi communities and yield guilds. A total of 31,852 cards were sold around the world, including Southeast Asian countries, Japan, Korea, Russia, European countries, Latin America, and North America, etc.

What kind of project is Hashland?

In short, HashLand leads and defines the next generation NFT protocol. It uses real hash as the collateral and adopts NFT digital asset verification technology to ensure user ownership of multi-value synthetic assets. Hashland aims to create a top-notch integrated NFT asset ecosystem, building the foundation blocks of the metaverse and thereby driving the NFT revolution. 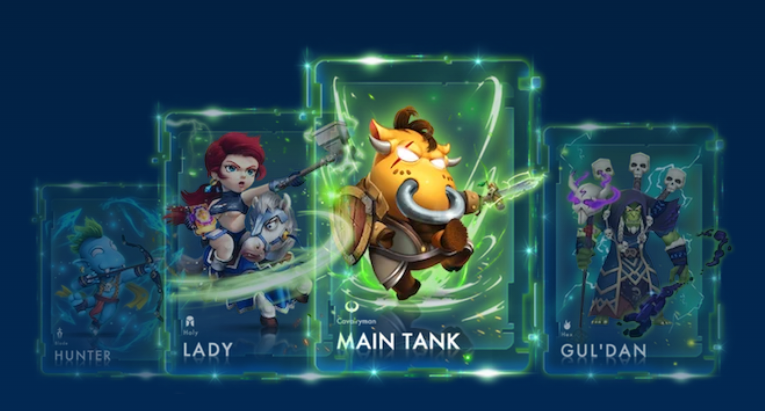 In its first product, Hashland incorporates its own mining hash as well as the first intellectual property in the ecosystem, “I Am MT”.

HashLand utilizes NFT technology to combine real-world hash assets and intellectual property and mint them as synthetic NFT assets with multiple value. Each S-NFT synthesized by Hashland is collateralized by standardized Bitcoin hash, and the NFT synthetic assets that are upgraded will yield greater returns than the sum of the total yield of the pre-synthesis NFT assets. There are multiple ecological incentives that drive users to upgrade their NFT assets through Gamefi, trading, etc..

When people talk about blockchain, many believe that this virtual world has no physical entities. However, HashLand’s goal is different. Blockchain technology, the main framework of the system, provides a strong consensus base in a trustworthy and irreversible manner. As a result, as the Hashland ecosystem grows, we have the potential to mint NFT into a new synthetic asset along with other physical assets of diverse forms.

How does Gamefi on HashLand increase earnings for users?

HashLand NFT cards have 5 levels, with Level 1 being the lowest and Level 5 being the highest. Level-1 cards can only be purchased directly, and cards of higher levels can be upgraded by synthesizing 4 basic cards or obtained from a mystery box. Typically, higher level cards will correspond to higher HC and BTC mining hash rates, as well as associate with stronger character role attributes in HashLand GameFi.

Therefore, players’ ultimate goal is to upgrade the NFT card to obtain higher HC and BTC yieldings. In turn, upgraded NFT cards can help players achieve better results in Gamefi and receive governance tokens HC rewards, through which, they can upgrade more NFT cards. In this way, a virtuous cycle forms and users can upgrade their NFT cards and increase their asset income through Gamefi.

On the Hashland platform, there is currently only one Gamefi, called Hash Warfare. Hash Warfare is a new blockchain-based game. It combines Defi and NFT technology, allowing thousands of gamers to enjoy Defi earnings while earning additional earnings in Hash Warfare under the Play to Earn mechanism. Players can use tradable NFT cards to experience PVE modes, PVP modes, and collaborate with players of other guilds to challenge boss roles.

There are many ways to increase combat power in Hash Warfare.

Buying more NFT cards from HashLand and upgrading them is the fastest way to level up your heroes.

Playing Adventure Mode gives you EXP, HC tokens and other bonusthat you can use to upgrade your character.

You can also use HC tokens to purchase lottery tickets in the game to obtain weapons, armor, experience potions and many other items that can be used to upgrade your character.

If you are confident enough and dare to join the PVP mode, you can earn even greater rewards.

In the future, Hashland will also launch other types of GameFi such as sandbox, MOBA, FPS, etc. We believe that with rewarding mechanisms and our premium products, HashLand will shape the Gamefi landscape.

How to upgrade NFT cards in Hashland?

Simply put, 4 cards of the same level in Hashland can be synthesized and upgraded into a card of 1 level higher. For example, 4 level-1 cards can be combined into a level 2 card. A level-2 card will have more HC tokens and BTC mining hash rate than 4 level 1 cards.

The specific impact values are as follows. 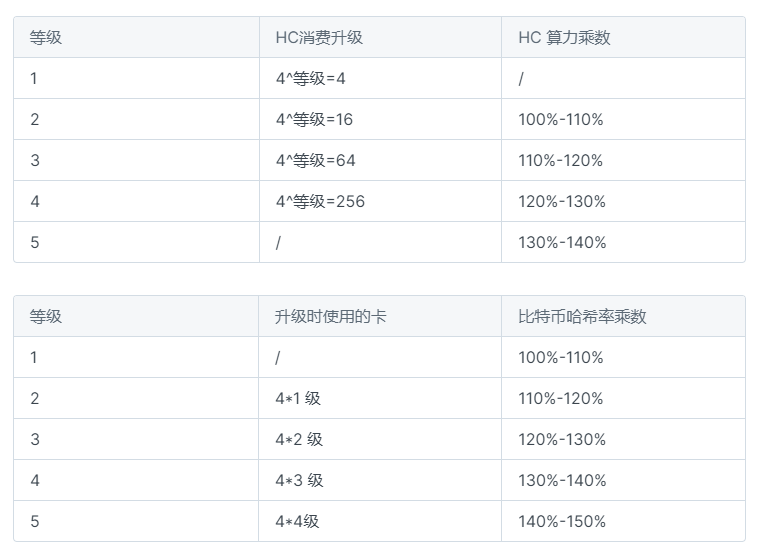 At this point, you should also know which level-1 cards are more valuable, instead of blindly making a choice in the market.

To sum up, HashLand issues HC tokens to promote its development. HC tokens are rewarded to users who interact with or contribute to Hashland development. Incorporating BTC hash into NFT cards not only guarantees the basic value for NFT cards but also represents an avant garde social experiment.

Taking a step further, if we manage to incorporate BTC’s mining hash into NFT to gain real-world asset value, could we try it in other areas in the future?

As the Hashland ecosystem grows, we believe that the value of these NFT cards will no longer be limited to participating in Gamefi to mine HC tokens and BTC. There will be more asset types and more ways to capture value in Hashland’s NFT cards and ecosystem.

Starting with a social and economic system, what Hashland is involving in is similar to connecting the real world with the virtual world.

It’s very in the spirit of metaverse!!! At the meantime, it could also bring an interesting future to all Hashland loyal users.