Peer to peer file sharing has had significant advances over the past generation. From the invention of the BitTorrent protocol which has allowed millions to share data among each other to the various clients which have allowed for data sharing to be made possible, all these advances in technology have been made a success as they simply improve a users experience. However the Osetura Network aims to integrate cryptocurrency into a unique platform allowing for chat and file sharing among its community.

The Singular project launched by Osetura prides itself in being one of the very first platforms which have experimented with file sharing and cryptocurrency. Osetura has also distanced itself from the traditional software development cycle where the developers shape the future of a project as in this case its the community which play a important role in the future of the Osetura Project.

Development we will carried out according to the communities wishes, by following this procedure a consensus will be reached as how to move the coin and therefore the technology forward. Proof of coin holding will give the users the ability to influence the direction and the development of the coin. Mining information is designated to holders…

Furthermore the cryptocoin, Singular which is attached to the platform has also given financial incentive to many as currently the cryptocurrency is performing healthily on a number of exchanges including BitTrex. Whilst it seems to have left behind its days of volatility, including periods where it would more then double its market cap within a 24 hour period, the coin is currently in a stable stage maintaining prices of 0.00003904BTC for over a week. However this coin too has the potential to explode once again as history repeats itself in many cases and being attached to the P2P file sharing system developed by Osetura allows the coin to progress with its platform both in value and functionality. 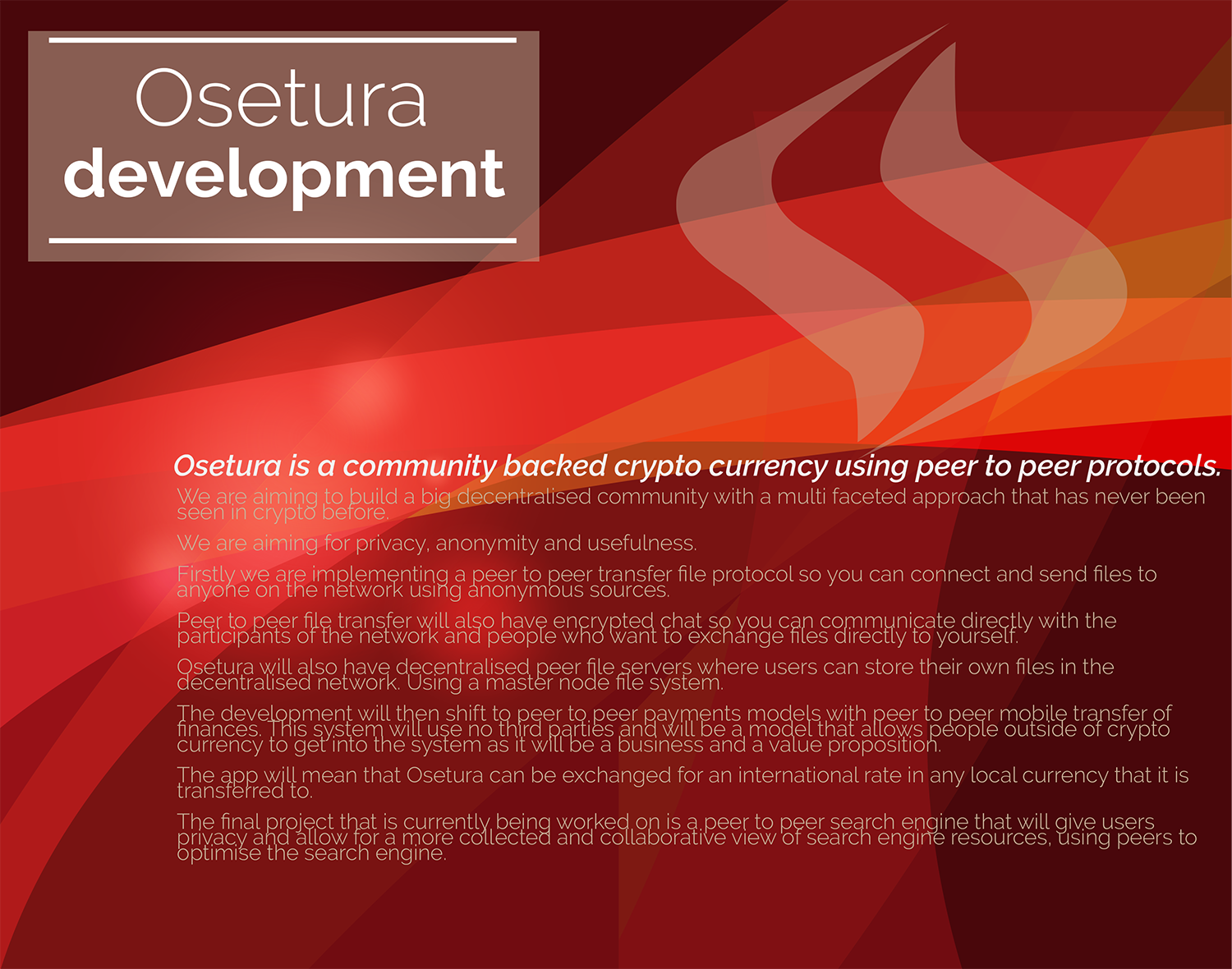 The Singular project has a long way to go in terms of development, with a detailed plan already put into place to guide the future development of the platform as a whole. Below are the main stages which are yet to be worked on, but will change depending on input received from the community as the integration of the community into the project as a whole allows for a solution to be developed directly meeting user needs instead of developers assuming they have met their users needs.

To conclude the Singular project is currently in full swing with a dedicated development team working to make sure the communities ideas and wishes are manifested into further releases of the software. Whilst providing encryption and a peer to peer file sharing system to rival the BitTorrent protocol itself, Osetura prides itself in providing users with a platform also capable of integrating its exclusive cryptocurrency, Singular, into the platform. Ultimately the integration of a cryptocoin into a platform this unique has led to the Osetura network and community growing wide and far as the project proceeds to polish off a platform suitable for all users.