The Silk Road was once the height of the black market. its name spelt quality and security but now that its crown has been burnt by the FBI what remains is the polluted Dark web market crowded with genuine dealers and fraudsters of all sorts. Ulbricht set out to create a marketplace where anyone could buy anything, be it legal or not. The trial took place yesterday after a lengthy wait as the defence team for the silk road operator prepared for the battle ahead.

The trial took many unexpected turns as the operator admitted to handling the operations on the site. This came as the prosecutors intensified the pressure especially during the trial as Howard of the prosecution stated,

The defendant controlled everything about Silk Road, from top to bottom. A global network of drug dealers paid for the privilege of being on the site. He gave them a way to prevent themselves from being caught. He gave dealers a whole new way to find, and keep, customers.

We are here to pull back the curtain on this dark and secret world. Behind the curtain was one man—Ross Ulbricht—and his laptop.

The moment Ross Ulbricht was apprehended in a Public library he knew it was all over. Calmly tapping away on his laptop oblivious to the spying of the FBI and calculation of the government, Ross Ulbricht was the target of the trap. Caught red handed the game was up the moment it started. The infamous Silk Road owner was caught and the trial held recently brought justice as the operator was found guilty of running the million dollar illegal operations. 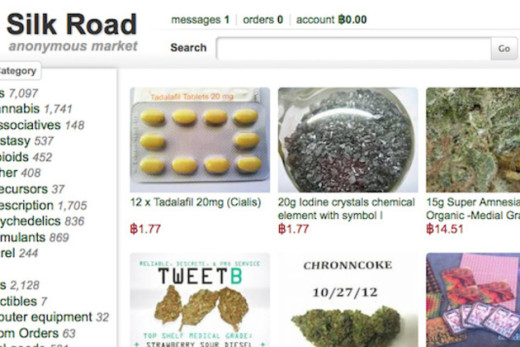 Ulbricht may ave admitted to running and founding the drug marketplace, but added he was lured back into the dark web by rogue operators. In a statement heard during the trial, Dratel, part of the defense team for the Ulbricht case, exclusive details about the operator were revealed. The defence argued Ulbricht was manipulated into returning into the dark web and managing the drug marketplace simply as operators needed a scapegoat.

He created it. As a free-wheeling, free market site, that could sell anything, except for a couple items that were harmful. It was an economic experiment. After a few months, it was too much for him. He handed it off to others.

In the end, he was lured back by those operators, lured back to that library, that day. They had been alerted that they were under investigation, and time was short for them. Ross was the perfect fall guy. Silk Road was his idea.

[Silk Road created] a digital contrivance that left him holding the bag when the real operators of Silk Road knew their time was up.

Ulbricht left the court genuinely moved and on the verge of breaking down. The man once in charge of multi million dollar operations calling the shots, was now on the other side of the law. The trial was a genuinely interesting one as learning about the Dread Pirate Roberts revealed new sides to the personality which had gone largely unnoticed. If you liked this article follow us on twitter @btc_feed and do not forget to subscribe to our newsletter!