Bitcoin is big, as millions of people from all around the world have heard about it, many of whom have tried the cryptocurrency out. With this in mind, many of the users want it to become bigger, and the only way that something like this has the potential of happening is if more ideas that can help mass adoption are speculated.

A very interesting concept that more and more companies, but also individuals are getting interested in is sending and receiving salaries in Bitcoin. There are currently a couple of services such as Bitwage which offer the possibility to change a certain percentage of a user’s salary in Bitcoin, but the main idea is to get companies to send the amounts in Bitcoin as well.

Of course, the idea will not be appreciated by everyone in the beginning and many may hesitate to get their salaries in the cryptocurrency. However, by granting those who are interested the possibility to receive 5% or more of their salary in Bitcoin, then more and more households will be proudly able to say that they have a certain amount of money accumulated in Bitcoin, which is exactly what is needed. As the value of the coin increases, so will the value of what they already have stored will. With this in mind, whenever something beneficial happens to Bitcoin, employees who are interested can request to receive a higher percentage of their salaries in Bitcoin, which will make the coin become more and more popular, in areas from all around the world.

All it takes for this idea to become a reality is a big company with enough resources which already accepts Bitcoin to go ahead and start offering their employees this possibility. As over 150 airlines may also start accepting payments in Bitcoin, this gives them the unique opportunity to pay their employees using the same method.

The idea can also be linked to an event that has shaped the evolution of our modern society- the appearance of the mobile phone. Once the device went mainstream, people started to drop their landlines one by one, in favour of the smaller device which was better from all the points of view. So will the evolution of this concept be as soon as a famous company makes the first step and decides to pay users with the cryptocurrency. Once the rates increase and more people decide to receive their salaries in Bitcoin, the popularity of it will also rocket, as more payments will start to be made from Bitcoin wallets, which also means that other companies will be obliged to take up on the idea and start accepting and giving payments in the coin as well. 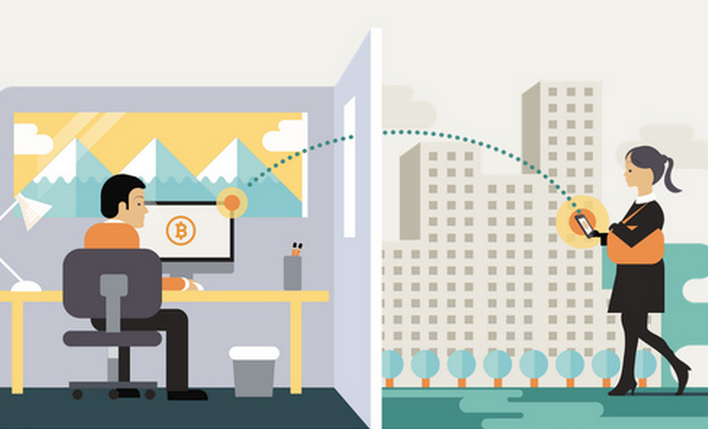 However, it is also important to remember that decisions like these also have their own risks due to the volatile state of the coin. Hopefully, the future will bring a rise in value and a stabilization around a certain rate, which would represent the perfect timing for a Bitcoin based salary system to be introduced.

What do you personally think about the concept outlined above? Let us know your thoughts in the comment section below.