The “Digital Asset Market Structure and Investor Protection Bill” makes a comprehensive regulation of the crypto industry.  It is inevitable.  There is much to complain about.  However, what it does signal is that distributed ledger technology has come of age.  It is no longer the domain of geeks, anarchists or those thumbing their nose to bank oligopolies.  It is mainstream, and the US Government is telling the world, “Governments want in” on the action.

The Federal Reserve Act is proposed to be amended to provide the Federal Reserve System “is authorised to use distributed ledger technology for the creation, distribution and recordation of all transactions involving digital Federal reserve notes”.   Yes, this means US Fed Coin.  But it implies so much more.  We no longer are relegated to the status of the ‘weird friend at parties who wont shut up about bitcoin”.  We are at the leading edge, and the rest of them have to contemporize.

For most people this means getting into crypto projects where the securities legislation threatened its existence.  Just ask Ripple Labs who has been needlessly pummelled in exchange markets, where investors who purchased on exchanges 7 years after the initial sales, and have nothing to do with Ripple, have lost a fortune by the SEC pretending to protect them.

In part 1, therefore we look at the impact on the securities legislation and what changes this Bill means to the Howie test.  The short answer is not much.   The two major changes are:

This means that the Ripple litigation is massive failure for the SEC.  Ripple was fully operational when it started selling XRP; the sales of XRP did not build the infrastructure to make XRP work.  The SEC picked the wrong target in going after Ripple.  The litigation will not achieve any guiding jurisprudence and should be abandoned.  Common sense suggests that settlement is imminent.  The XRP army, who we all must admit we were annoyed by, were right all along. 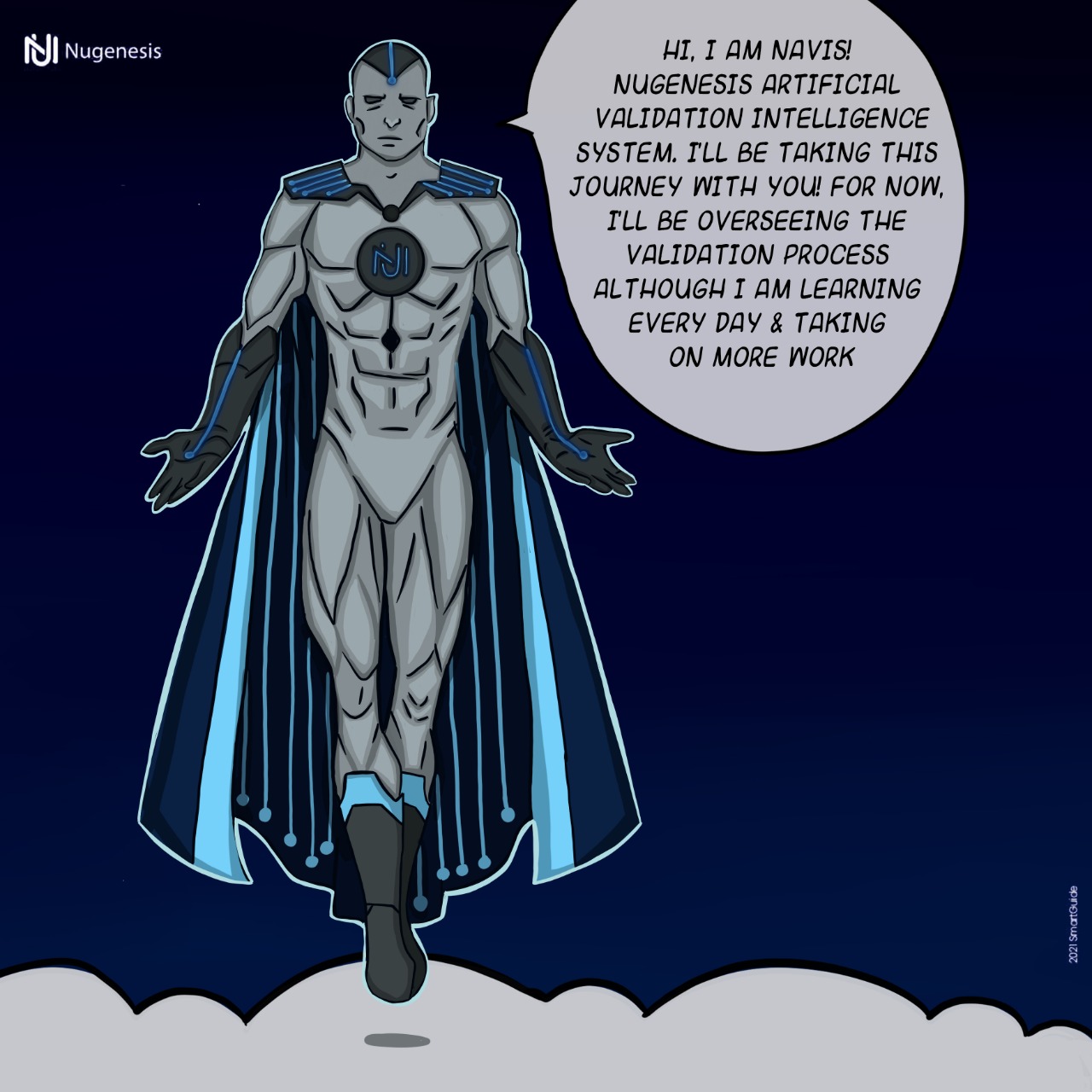 However, for the vast majority of crypto projects, such as ADA/Cardano as the biggest, it is everything that the new legislation is aimed at.  The ICO was unashamedly about raising funds through the issue of the ADA to build the platform, and it is still being built.  Rumours have been suggesting that Cardano is next on the SEC’s hit list, and common sense suggests it must be.

The smart move Cardano do was do the ICO in Japan where most of the initial ADA were bought by Japanese nationals.  Polkadot, by contrast had a number of ICOs for the SEC to choose from.  Others suggest EOS, whilst the rumours around Jed McCaleb and Stellar having a cut some sort of deal continue to persist.

The positive news for the industry is that there is some certainty for new projects.  That certainty comes with price.  The price is that projects will need to fund the platform themselves before issuing coins or tokens.  In this respect, the para-chains and para-networks will raise as the safe alternatives.   One project that offers both is NuGenesis.  Para-chains on NuGenesis do not come with the costs associated with Polkadot.  They are ideal for contained projects that are happy to rely on the decentralised nodes and infrastructure set up by NuGenesis for underlying security and system integrity.  (NuGenesis offers the ‘round robin’ and ‘grandpa’ system to ensure randomness of the node processing and overlayed by Artificial Intelligence to act as an ultimate sentinel to any departure from the randomness integrity).  These parachains are very economical.   For the better funded projects, a para-network is the ultimate way to achieve interoperability with the 28 blockchain languages (now moving to 148 parallel blockchains), parallel processing with NuGenesis and the open market fiat-crypto exchange, Ledger X.

“With legal certainty, we are better able to offer start-up project the ability to be interoperable with other language and draw on the best dApps that have the benefit of iteration and proven robustness.  They can launch, even as a fledging project on our Vision-2-Reality platform and pull on a community ready, willing and able to help them on all aspects of commercialisation.  This, we believe, is where projects should be focused: the best possible tech being fostered.”

Why are NuGenesis so confident?  The down-under outfit have kept a close ear to the ground with Australian regulators who follow the US lead and G7 lead.  They have had to scrap 4 blockchain models before creating a complete minting system where a fully operational system itself generates the crypto assets pursuant to its governance and needs, unconnected with any issuer.  An expensive journey, but one that compares favourably that the time and resources involved with a regulators litigation.

SWEEEPING REFORMS AND EFFECT ON EXCHANGES AND DEXES

The sweeping legal reforms and the down-under solution

The “Digital Asset Market Structure and Investor Protection Bill” seeks to bring DEXs and Exchanges within the Commodity Exchange Act.  It will be illegal for a ‘swap data repository’ or a ‘digital asset trade repository’ to make use of the “the mails or any means of instrumentality of interstate commerce to perform [its] functions” unless registered with the US Commodities Futures Trading Commission (CFTC): section 21(1)(A) Commodities Exchange Act.

This means that they “shall be the subject of inspection and examination by any representative of the Commission” (sub-section 21(2)) and be required to abide by prescribed standards, collect and maintain data, and “provide direct electronic access to the Commission.”  It goes further and potentially requires DEXs and Exchanges to provide “automated systems for monitoring, screening and analysing swap or digital asset data”, and holding a ‘compliance officer’ responsible.

The legislation reads as a dystopian nightmare to the crypto community, whose very driving force has been the freedom from interference, immutability, and the finality of transactions – especially on a decentralised exchange.  Will this push exchanges out of the US?  Is it as simple as simply moving an exchange outside the US?  The US is notorious for extra-territorial operation of its laws outside the US, especially where they believe those actions outside the US can harm a US citizen.

On the other hand, crypto is being treated as equivalent to share trading and futures markets where this regulation on exchanges is not extraordinary.  It brings with it the advantages of ‘anti-conflict of interest’ rules in the new sub-section 21(3).  An exchange or DEX will have difficulties in trying to promote coins and tokens where the exchange an its owners have direct pecuniary interests.  The example would be    Sam Bankman-Fried’ FTX exchange and Solana, if FTX were in the US.   Binance would have trouble with its ownership of Coinmarket-cap.  Coinbase and the Bitcoin Cash controversy would be another troubled example.  Even the rumoured XRP bot army price manipulation would be caught by these rules.   Whatever is happening between Coinbase and Facebook will be the highest profile impact of these new rules.

The ‘thunder from down-under’, the developers from NuGenesis have been working with these issues in their governance protocols on multiple levels.  The AI scans suspicious transactions to highlight problems before they take traction.  This is at the level of exchange, but also at the blockchain level.   NuGenesis has the highest form of KYC verification incorporating not only multiple source data, but genetics and biological information.  Blockchains that modify the NuGenesis module can incorporate these features as the need may arise.

Through the ‘Just Social’ crypto social media system, the NuGenesis ecosystem encourages self-regulation at the grass roots level.  Rather than a conflict of interest, there is an alignment of interests as fledgling projects are fostered with the whole-of-community support in all forms possible: reviews and analysis, teams to assist with programming, marketing and all aspects of commercialisation.  It should not be surprising therefore that the entire community would be expected to have some tokens in a listed project it has brought to maturity when it is traded on Ledger X.

“You’ll find that Governments and corporations, we have been working with are unified in their fear of crypto’s anonymity and the cloak they perceives it provides for unchecked behaviour.   We have been able to take a lead and exceed their expectations in the capability to provide comfort and integrity.  The US bill recognises that crypto is increasingly a macro economic issue and left unregulated, could threaten global market security.  Our tech shows otherwise, contrary to the state of traditional markets, we are able to predict potential failures of integrity before they become a problem.  There is a bright future in rolling out our exchange software to local markets, especially the US.”