There are lots of reports out about people’s experience with the Moderna and Pfizer Covid 19 vaccine. As a result, in my opinion there’s also a lot of misinformation regarding the latest vaccine efforts. As someone who decided to ignore any internet rumors about the vaccine and actually go and get it, I thought it would be a good idea to write a detailed report of my experience.

I received the 2nd moderna shot via CVS on April 22nd, 10:45AM. I sat in the observation area for 15 minutes with a timer that was given to me by the pharmacist. While waiting, I received a 20% off coupon with a maximum value of $15. 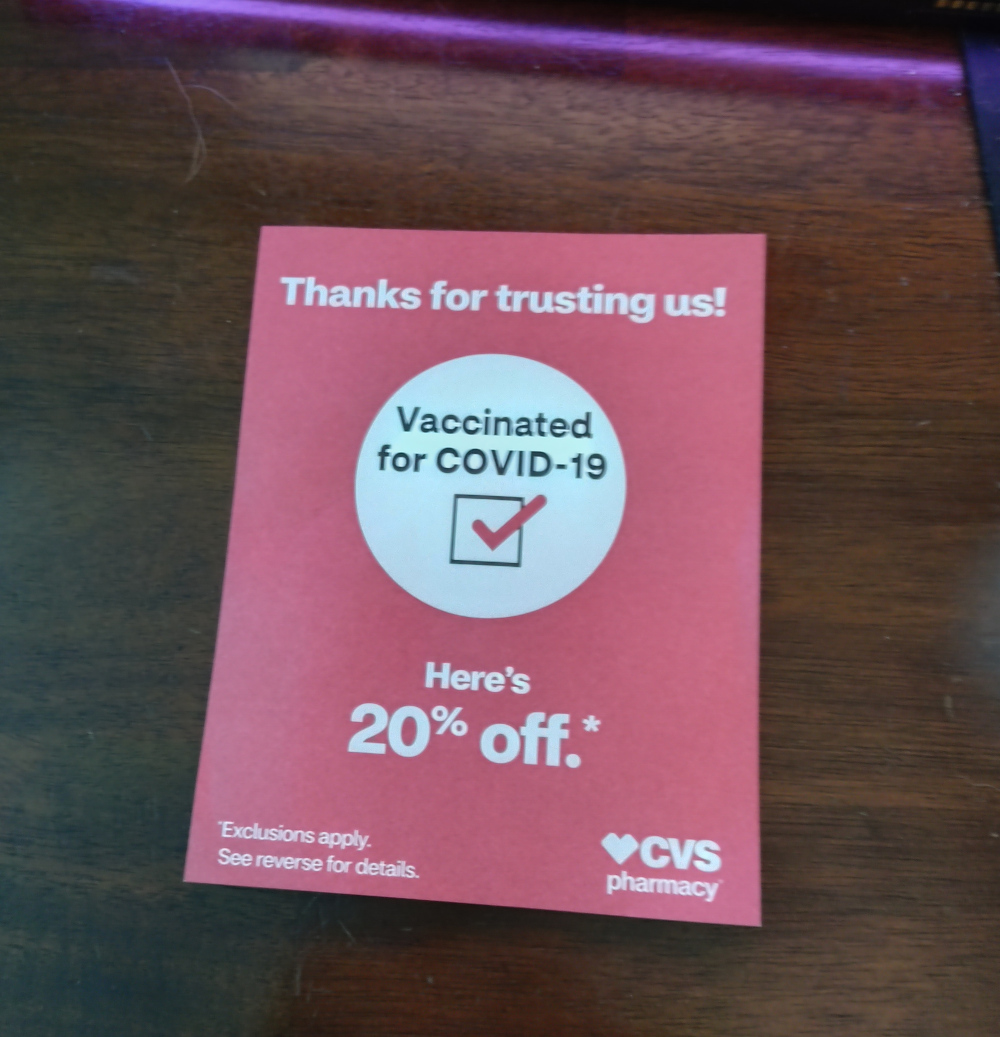 So if you think about it, you essentially get $15 to get a vaccine for a global pandemic, not a bad deal if you ask me!

After I got the vaccine, my arm started to get sore within a few hours. This onset of soreness was quite faster than when I received my first dose. My shoulder was sore for about three days after the first shot, but this time it was only sore for a few hours.

I felt fine the same afternoon but did notice signs of fatigue. I attribute those to placebo because once I drank a red bull I felt fine afterwards. I passed out around 9-10pm that day and didn’t wake up until 8AM. I definitely felt a little off during the night and didn’t sleep too well, but as I’m writing this article at 12:31pm on April 23rd I feel back to normal and ready to hit the gym. Moreover, my shoulder isn’t as sore as it was yesterday so the pharmacist definitely did a great job on administering the shot.

From my understanding, the reason people report side effects after their second shot is because their immune system is reacting to the antibodies that the mRNA vaccine causes your body to produce. So in a way, your body reacts as if you’re infected because of the antibodies, not because you have an actual infection in your system.

In my opinion, that theory worked because my side effects were simply a few extra hours of sleep. If my immune system was at it’s strongest during that period, I believe my side effects would have been much more unpleasant.

Don’t get me wrong, I don’t recommend drinking after getting your vaccine, but it’s definitely an interesting theory to keep in mind.

If you haven’t yet, I urge you to sign up and schedule an appointment to get your vaccine because you will be doing yourself and the whole world a huge favor. Please don’t listen to nonsense internet rumors about adverse reactions and wild conspiracy theories as those are just meant to distract you from doing the right thing.