EOS sales continue, but on Friday, August 23rd, the market mood is too ambiguous. At the end of the week, the EOS is declining, trading at $3.62.

On the daily timeframe, the EOS remains inside the downtrend, the quotations inside the channel. The short-term situation in the cryptocurrency dynamics may be characterized as a correction of the previous declining wave. In the closest perspective, we may expect a bounce off the minimum of $3.31 and formation of a new ascending wave aiming at 38.2% ($4.94) and 50.0% ($5.44) Fibo. 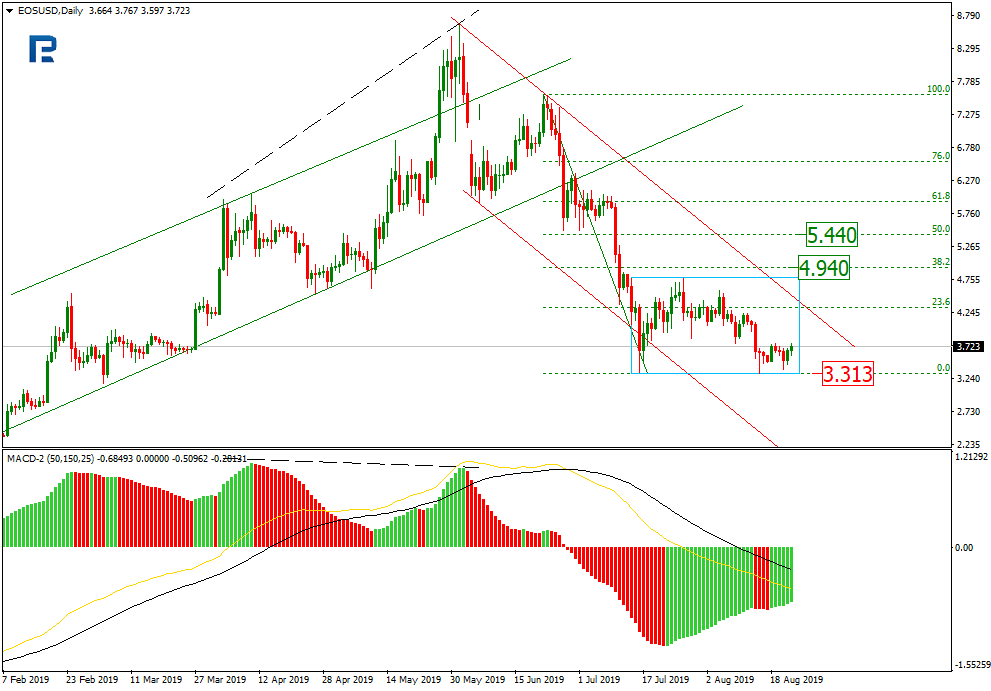 On H1, the EOS/USD demonstrates the slow growth and development of an uptrend. Judging by the Stochastic, we may expect growth to the local resistance level at $3.82. A breakaway of this level may open a path to the main resistance at $4.43. The support is at $3.40. 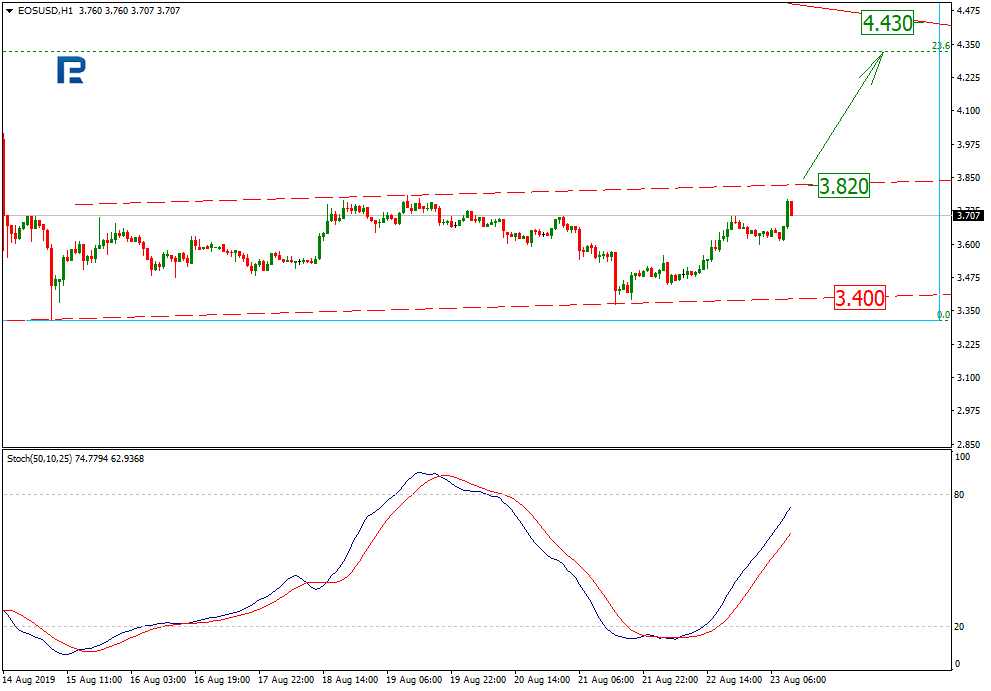 The EOS network is being blamed for centralization more and more frequently. The Wikipedia co-founder Larry Sanger now says that the EOS is controlled by several people, and in such circumstances, it is impossible to launch decentralized applications on this platform. Sanger thinks that the people whose interests are now presented by the EOS are of Chinese origin. Sanger has been trying to attract attention to this problem, but in vain, and he insists that this must come to an end.

Larry Sanger is, simultaneously, the director of the Everipedia project based on blockchain technology. The start-up is working on the creation of a decentralized library on a blockchain basis, able to become an even more informative resource. The main advantage of this project is the lack of control over publications.

Earlier, a businessman Brock Pierce pointed out that the EOS ecosystem is becoming more and more similar to a Chinese monopoly.

The aspect of decentralization may be really important for investors as what is attractive in the cryptocurrency market for a large number of people is the possibility to avoid realizing someone’s strategic interests.