The general feeling throughout the Bitcoin community in anticipation of the launch of Bitcoin futures was one of unease and uncertainty. Many individuals announced they were selling Bitcoin prior to today’s launch of Chicago Board Options Exchange’s Bitcoin futures, and many technical and fundamental analysts alike expected a sizable price drop in response to this Bitcoin milestone.

While the introduction of Bitcoin on mainstream futures exchanges is a milestone for the cryptocurrency, many speculators feared Wall Street had pumped the Bitcoin price up to last week’s all-time highs in order to dump today while shorting CBOE’s Bitcoin futures. However, Bitcoin has performed considerably well since trading opened at 5 p.m. Central time, breaking through recent resistance at US$15,000 and now trading at just under US$16,000. 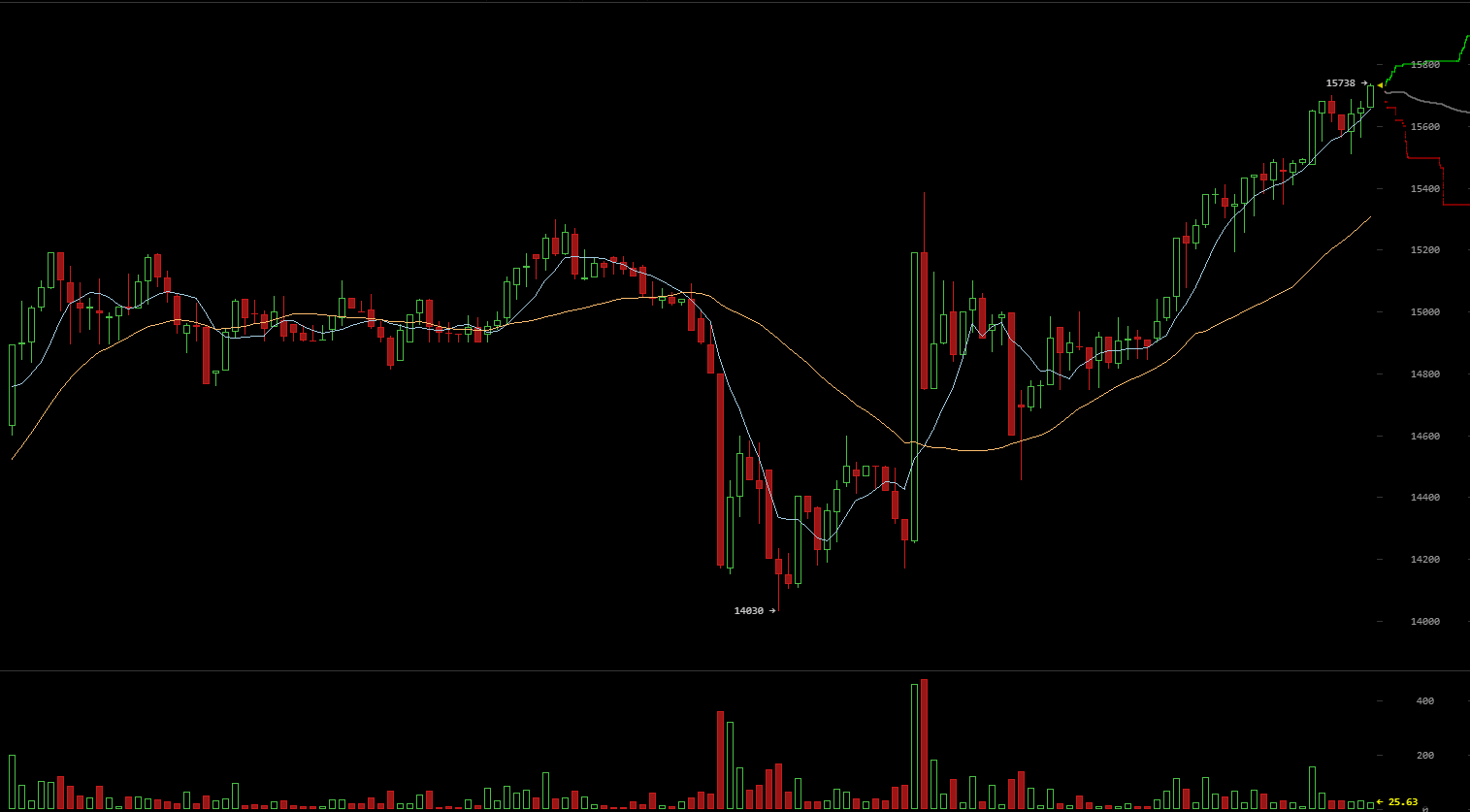 When the futures launched earlier today, Bitcoin was trading at US$14,200. It is currently up over US$1,500 and seems poised to continue to surge. However, the real test will come Monday morning, when establishment traders clock in to take on this new market. Beyond that, CME Group, the largest derivatives market in the world, will be launching its BTC futures contracts next Sunday. This is where the bulk of futures trading volume is expected to take place. Regardless, Bitcoin is well outperforming popular predictions for price movements on the day of the futures launch.

This is not to say that Bitcoin’s performance today is proof that its futures market has little interest. Quite the contrary is true. In fact, CBOE experienced a website crash due to high traffic. Luckily, the downtime was only momentary, and CBOE saw huge demand, trading over 800 contracts in the first two hours. Each BTC contract is worth 1 Bitcoin, which means trading volume eclipsed US$12,000,000 during that two-hour period.

Due to heavy traffic on our website, visitors to https://t.co/jb3O722hoo may find that it is performing slower than usual and may at times be temporarily unavailable. All trading systems are operating normally.

If the price of Bitcoin continues to hold steady, those individuals who elected to cash out in preparation for a dump may instead choose to buy back in at or above where they previously sold. With fears of an impending correction or dump having been dissuaded, it’s plausible that another major Bitcoin bull run is right around the corner. Regardless of the direction in which the price heads, major volatility is perhaps the only constant in this ever-evolving market, at least in the near-term.