Earlier today, Bitcoin updated its all-time high once again. However, the correction that took place on February 15th, 2021, made over 300 thousand traders close their positions with a total loss of $2 billion. Almost all these positions were long – traders are in a hurry to buy the cryptocurrency even when the asset is on the top. Still, more experienced investors recommend entering the market during the fall but the current situation shows that there are no corrections in principle, while Bitcoin continues testing new highs.

There is an opinion that Tesla is putting a lot of pressure on bulls by supporting Bitcoin. According to some reports, miners were actively selling the cryptocurrency in January but after the news фиге Tesla buying BTC they stopped selling and started waiting for higher levels. However, this position is not shared by PayPal, the financial director of which said that the company wouldn’t invest corporate funds in such assets but only use the opportunities offered by the cryptocurrency market for the company growth. 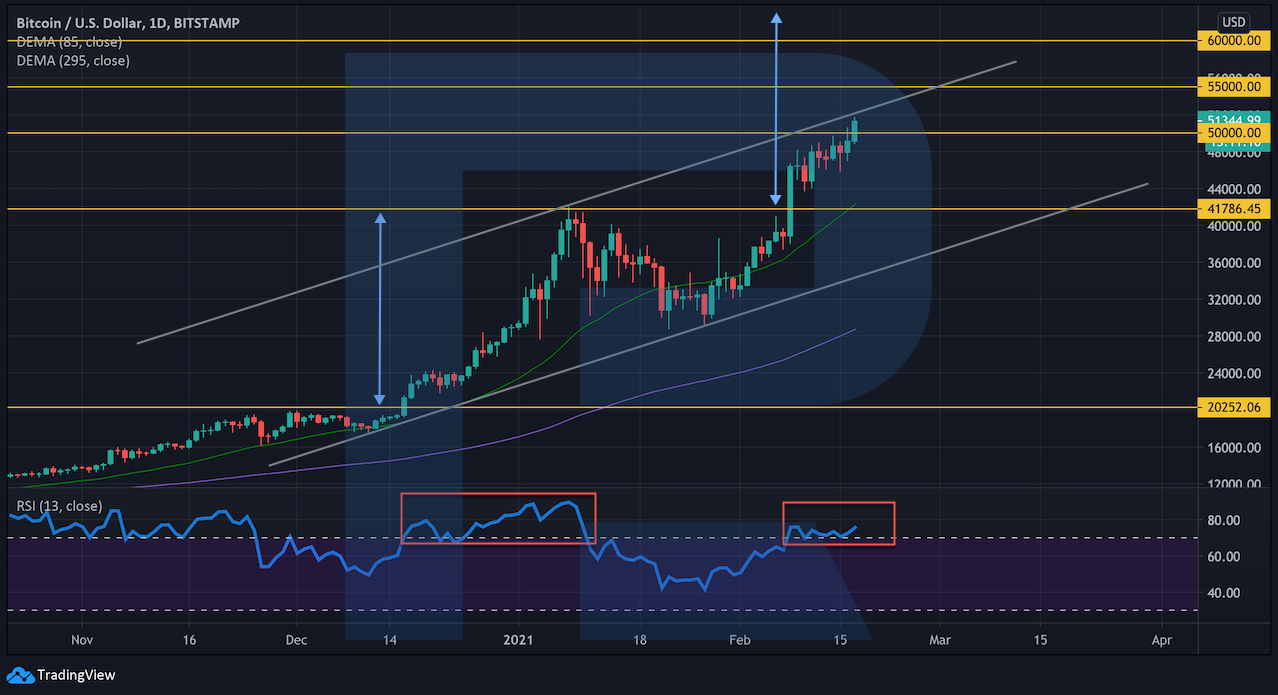 As we can see in the daily chart, the RSI indicator remains above 70, thus implying a strong rising impulse. We remind you that when the indicator broke 70 for the first time earlier, it made the asset rise by almost $12,000 per coin, that’s why one should exclude similar growth this time. A strong signal in favor of a further uptrend will be a breakout of the rising channel’s upside border and fixation above $55,000. The support area is at $42,000. Only a breakout of this level may force a deeper correction.

Nassim Taleb spoke about Bitcoin in a negative way and even got rid of his coins. In his opinion, the asset went sour as a means of payment due to its high volatility. Sure enough, it’s quite difficult to value goods in BTC because of sharp rate fluctuations. In December 2017, when Bitcoin was on the top, Steve Wozniak, a co-founder of Apple, also sold all his coins, and then the market plummeted. Wozniak also believed that the coin was too volatile and didn’t want to monitor the rate and worry about it all the time. Of course, daily fluctuations put enough emotional pressure on investors, while the quick growth of the asset may force them to sell it. 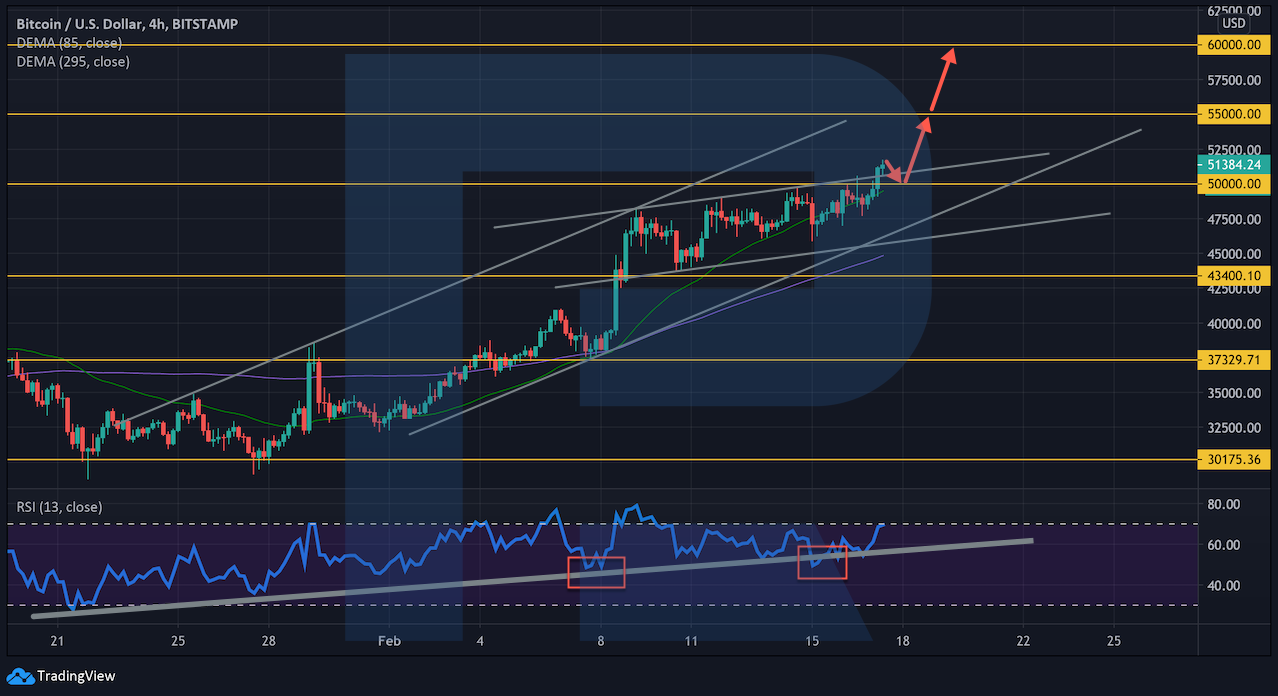 In the H4 chart, BTC/USD has broken the rising channel’s upside border. There are chances to see further growth to cover the distance equal to the channel’s width. In this case, the closest upside target may be at $55,000. Another signal in favor of this idea will be a rebound from the support line at the RSI. As we can see, after the indicator tests this line, the asset rebounds and resumes moving upwards. However, if the price breaks the channel’s downside border and fixes below $45,000, the instrument may start a new descending correction.