Tor may be on the verge of being disabled by a immense attack. Unknown to many users this attack has been confirmed by a few sources who have yet to be revealed to the public. In a blog post the Tor Project explained how the attack may be orchestrated from with in the network itself further amplifying its destructive powers. 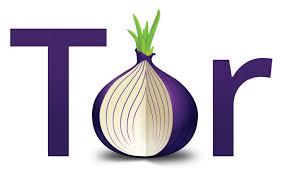 The Tor Project has learned that there may be an attempt to incapacitate our network in the next few days through the seizure of specialized servers in the network called directory authorities. (Directory authorities help Tor clients learn the list of relays that make up the Tor network.) We are taking steps now to ensure the safety of our users, and our system is already built to be redundant so that users maintain anonymity even if the network is attacked. Tor remains safe to use.

The next few days will reveal what is to happen to the future of the network. Untold destruction may occur or the threat may be called off as a bluff. The longstanding network has received its fair share of damage as users can recall how attacks on the network have caused users to become disgruntled. Something on this scale is a first even for the Tor Service. With the attack coming from the Directory Authorities which are some of the most important components in the Tor network providing the anonymity and security users rely upon.

With the Tor network surprisingly centralized, a attack on this scale may be devastating, Many have confirmed how if the attack was to go ahead, traffic flowing through the network may be hijacked. This exploit will allow the attackers to see all/most of the traffic sent meaning the anonymity provided will be compromised.

The stereotypes linked to those using Tor are particularly strong. With common views negative its not surprising the grunt of government force is aimed at them. Known to be the tool of choice for hackers, fraudsters and criminals Tor has become a service misused by the evil. Used as cover for cirminals Tor has earnt its name for the wrong reasons. However the service has become ideal for many useful companies operating for legal reasons.

Tor is also used by banks, diplomatic officials, members of law enforcement, bloggers, and many others.

Speculators suspect the FBI is playing a pivotal role in the planned attacks. Many believe the attack to be a revenge attack on the network. The FBI supposedly suspect North Koran Hackers to be hiding under Tor who may have been reposinsible for the recent spate of attacks on Sony.

To conclude, the impending threat on Bitcoin may affect your user experience. Threatening your privacy and safety its recommended you do not undertake any sensitive actions such as transferring bitcoins or entering certain sites. The blog too will be updated in the event of a attack so keep one eyes on the blog just in case. Leave your thoughts and views on the story above in the comments section below.