As Vitalik Buterin said, the best thing a crypto team can do in the crypto winter: develop, develop and develop.

So that is what the KRYZA Ecosystem was doing all year long. The Central European-based KRYZA Team entered the scene in the fall of 2021 with the idea of an exchange based on a crypto social network and their KRYZA Network (KRN) token.

A huge uprising had come for the token, they got listed on CG, CMC and on HotBit at the end of the bull run of the crypto market of 2021. After that, the market crash, war news, economic recessions, regulations and crypto scandals made sure to set back this run not just for KRYZA but for every other crypto project.

So they took on Vitalik’s words and continued to develop their project. They came up with an incredible amount of applications and they have fulfilled their plans accordingly. 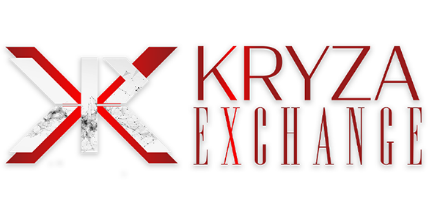 What is KRYZA Exchange?

As a part of the KRYZA Ecosystem, KRYZA crypto Exchange beta has been released on December 28 of 2022 in the year-end AMA held by the team itself.

What BNB is to Binance is like KRX to KRYZA Exchange and it has been available on Uniswap and Indoex for some time but has received a use case on December 28 of 2022, as soon as KRYZA Exchange has opened its doors to crypto believers. After long negotiations and developments, it will use the liquidity of Binance since March 15, 2023. This is the highest level security and biggest liquidity available on the market.

On this exchange, it will be possible to use hot and cold wallets too, giving a much higher level of security than others might hand out to their users.

The team has surprised a lot of project owners for Christmas, since the listing for this exchange will be completely FREE until January 15, 2023. This gift is for all those who are not in a fundraising place yet to hand out the usual listing fees so hurry up because time is ticking with the listing!

What are the conclusions?

Based on the evidence given above, KRYZA Ecosystem has a huge potential and it can become one of the most trending assets of the next bull run. We cannot wait to jump into the everyday life of this project before it’s too late.

Their expectation is that 2024 will be the year of the next bull run as also the next halving event of Bitcoin itself. If they are coming up with their own blockchain and merge their tokens together into KRYZA Diamond, it could mean something big for this project.

Now all their tokens are pretty well priced thanks to this bear market plus they can be staked on their own DEX with an extraordinary APR.

Right now there is an opening for the team, they are looking for affiliate agents and marketing representatives. You can apply to them by sending a CV to the following email: [email protected]

All their apps and availabilities are listed on their homepage kryza.io

We wish everyone a happy new year and be rich in trades and investments!

Disclosure: This is a sponsored press release. Please do your research before buying any cryptocurrency or investing in any projects. Read the full disclosure here.