XLM/USD pair underperforms on an intraday chart; the stellar coin oversaw a bearish momentum that most likely gained support from the 21 day MA that crossed above the 7 day MA.  The downward price rally signaled decrease in investor’s sentiments.

The RSI indicator also reflected the bearish performance as it was seen steeply declining from a high of 68 to 31 and later slightly corrected gains to 40.  The RSI X indicator is at the moment tending north, which signals reduce in sell-offs, thus increase in buyouts. 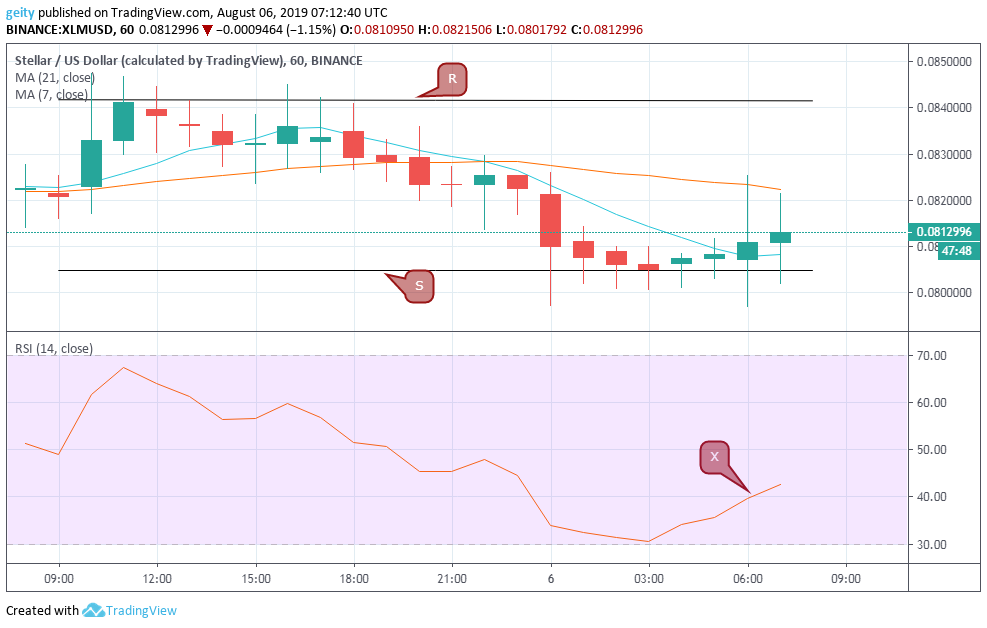 The 21 day MA is currently above the 7 day MA that signals more downtrend.  However, the Relative Strength Index indicator is now heading north that also indicates incoming bullish momentum.  If the bull manages to breach the resistance level, then investors should go long and take profit at $0.08500.

Unlike XLM, XMR/USD pair has also recorded a bullish outlook over the last 24hrs.  XMR has gained by 3.65% and has moved upwards to currently trading at $96.0823. The up-move showed that the bulls had dominated the market momentum.  However, the market exhibited a sideways price movement that signaled a lack of momentum in the market that defined the resistance level at $94.6200 and support level at $90.9303.

Additionally, the upward rally was facilitated by the bullish engulfing pattern that was seen simultaneously during the last 4hrs.  The price fluctuated upwards where it broke the resistance level and is now above the moving averages that showed a positive sign. The RSI is currently heading towards the overbought territory that indicates an increase in buyouts due to positive investor’s sentiments. 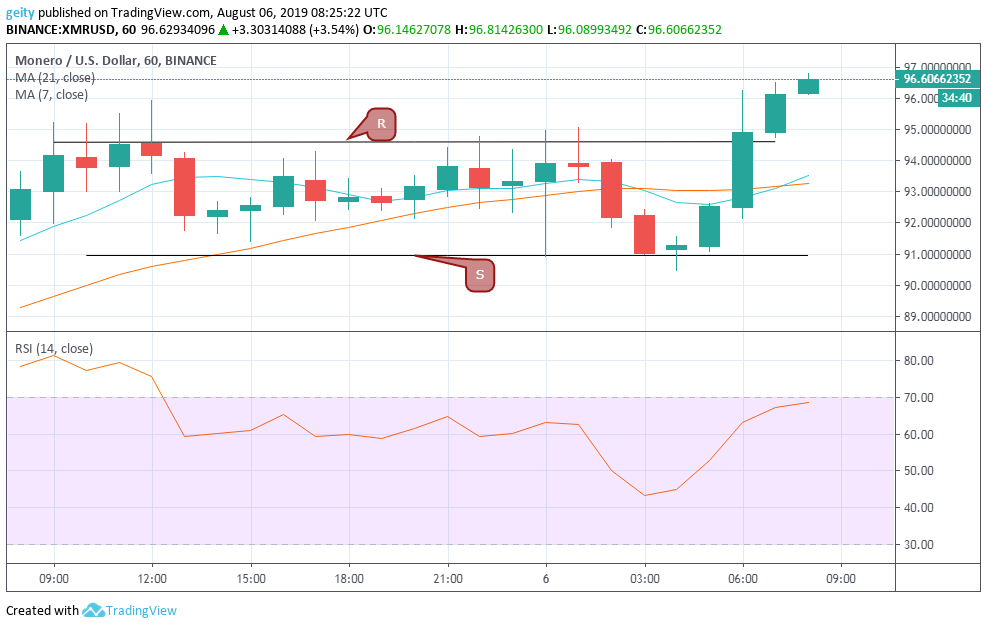 Contrary to XMR, LTC/USD pair has recorded otherwise.  On an intraday chart, the trend of the pair’s price is bearish.  The downward move was reflected by the RSI indicator that moved from the overbought region (above level 70) to trade at a low of 41 before encountering a slight recovery to a high of 54.

In addition, LTC began the session trading at $97.54 where it moved downwards to currently trade at $97.36, which totals up to 0.18% decrease.  This showed that sellers had the upper hand over the last 24hrs. Notably, the price is facing the resistance level at $102.33 and support level at $94.36 that was both tested severally. 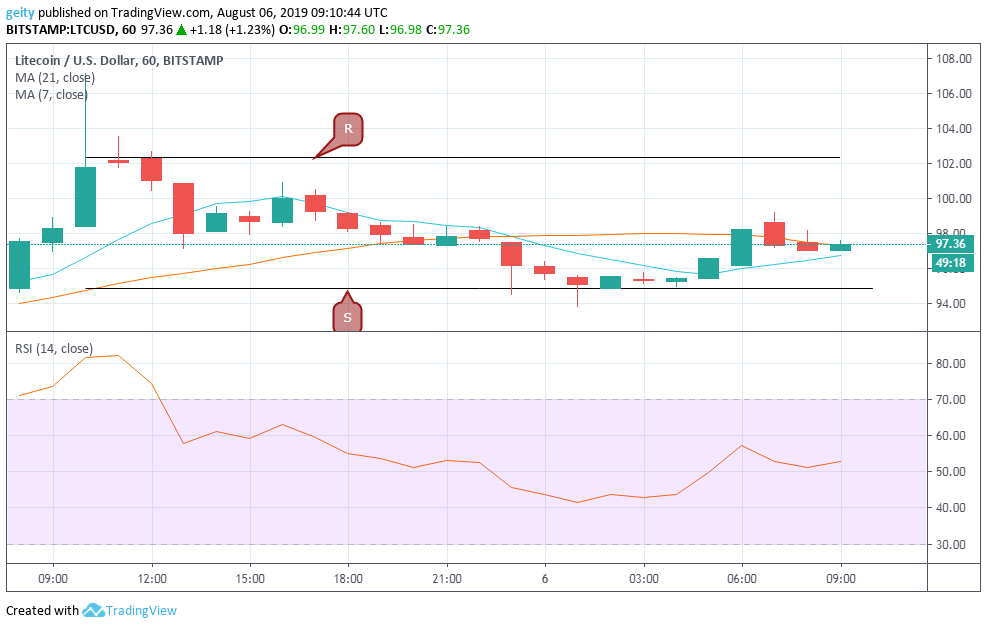 The moving averages are at the press time converging with the 7 day MA looking set to cross over the 21 day MA that signals incoming bull run.  New targets should be set at $102.00.