CEO of PointPay Andrew Svyatov talks about if it’s worth investing in ETH in 2021, what are the growth prospects for this cryptocurrency

The year 2021 was generally positive for the altcoin market. And Ether strengthened its position as the second coin on the market. Since the beginning of 2021, the coin has given its investors +667.4% growth. To understand what the future of Ether will be, it is worth looking at the key events of the 2021 network. 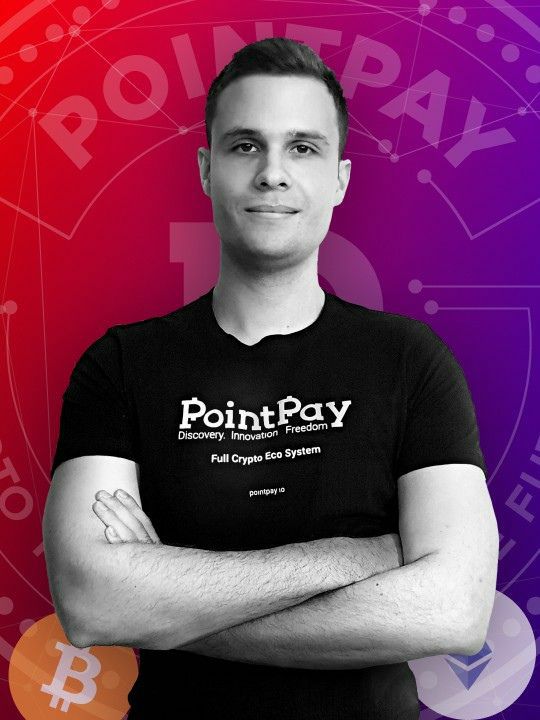 In early 2021, the Chicago Mercantile Exchange (CME) launched ETH futures and this event had a positive impact on the entire cryptocurrency market. Essentially, at that point, Ether confirmed its status as an influential, yet second-best cryptocurrency in the world. On April 15, the network hosted the Berlin hard fork. In June and July developers continued test launches of Ropsten, Goerli, Rinkbay, and EIP1559 networks.

The second key event was the August 5, 2021 launch of the successful Hard fork London (second this year) – which caused a correction in Ether, and is still going strong. The coin has already passed the $3,200 mark.

The main changes in the Ethereum network that came out of the testing and the Aug. 5, 2021 fork are predictability in commission calculations, faster network transactions, and the introduction of the ETH burn mechanism for transactions.

“Now the commission on the Ethereum network has dropped by a factor of 3 and averages $16, which is certainly more interesting for users than the $70 in April-May 2021. But opinions among miners regarding the profitability of Ether mining are divergent. Looking ahead to the end of the year, the profitability of ETH mining may decrease, moreover, the transition to version 2.0 will completely replace mining with a more “green” model that does not depend on equipment capacity – stacking. The transition to PoS will make Ether faster, more environmentally friendly by eliminating mining altogether, and will continue Ethereum’s drive to create a universal platform for developers and write decentralized applications. It is the network’s ability to become a global platform for writing censorship-free apps that could make it the number one cryptocurrency in the future. Of course, if there are no more technically convenient competitors in the market,” PointPay CEO Andrey Svyatov notes.

In part, the new combustion mechanism, as well as the growth of BTC, led to a strong positive correction of ETH in July and August 2021. So far, according to ultrasound.money, more than 21,200 ethers have been burned on the Ethereum network since August 5, when the London fork occurred, the equivalent of $66 million at the time of writing on August 10. The daily burn volume is about 2,150 ETH and it continues to grow.

Andrey Svyatov, CEO of PointPay notes that the biggest volume of burns is given by OpenSea platform (NFT tokens buying and selling platform, the NFT market growth showed a maximum in Q3 this year) – about 30%, the second biggest is DEX exchange Uniswap – 18% of all burns, and AXE Infinity – cryptocurrency NFT game. “By the end of the year, more than $1.5 billion worth of ETH will be burned online and this could be a great boost to the growth of this cryptocurrency,” believes Andrey Svyatov.

Another trend that speaks in favor of Ether is the increase in the daily trading volume, which is currently comparable and sometimes even exceeds bitcoin’s trading volume on some exchanges, and currently exceeds $28 billion per day. 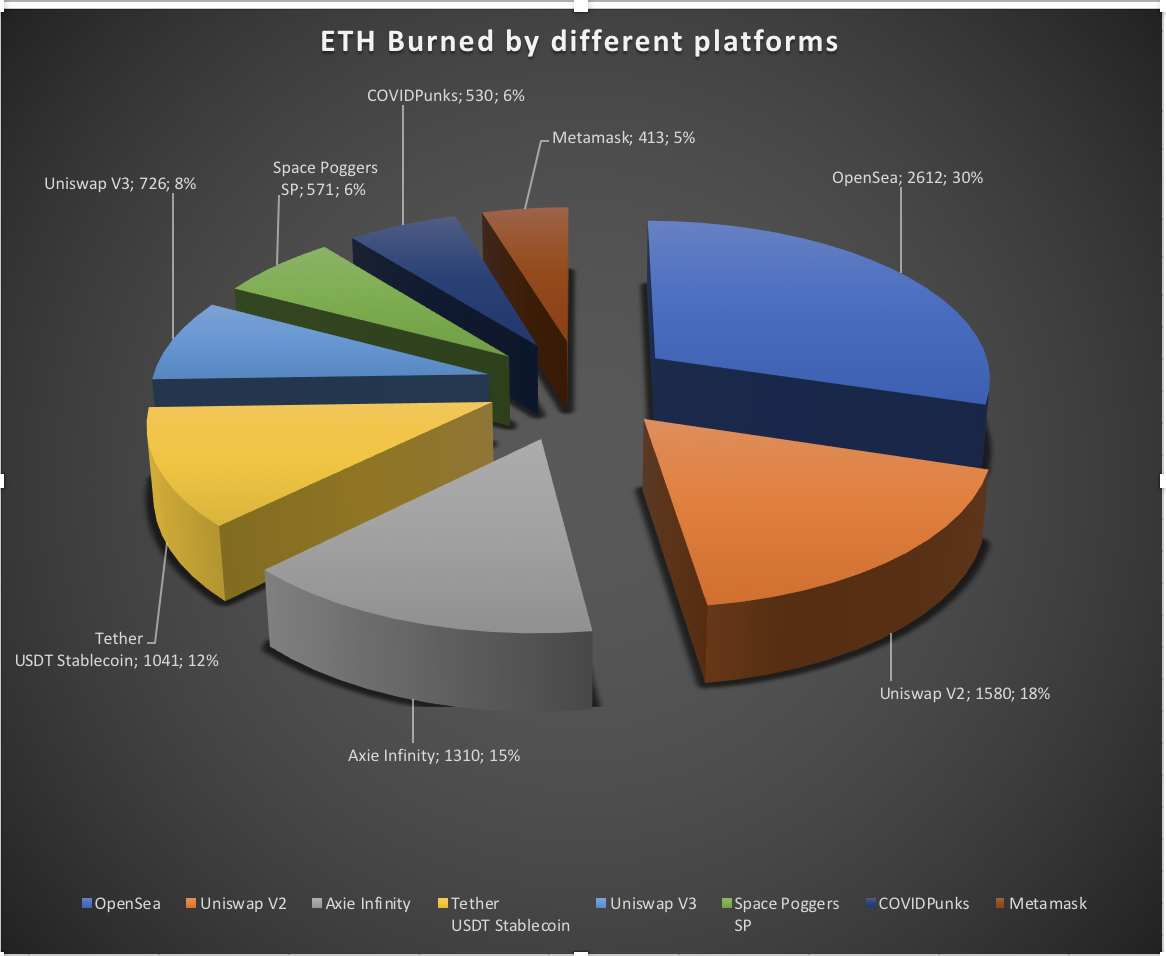 “The years 2021-2022 will pass under the sign of altcoins’ liberation from the rigid binding to BTC,” believes Andrey Svyatov. – Altcoins have their own economic value, many of them are conceived as unique projects with their own market sense, but all of them have so far been rigidly tied to bitcoin’s behavior in the market,” says PointPay CEO.

On the PointPay platform, ETH is in high demand both as an asset for short-term speculation and as a long-term investment. “I believe the situation is the same on other exchanges. Ether is more democratic in price right now than, for example, bitcoin, which is already thought to be worth trading in satoshi, because buying a whole bitcoin is too expensive for most small private investors. Buying a few ethers for a daily short trade is easier for an investor than buying shares of bitcoin. The volatility in the per diem boundaries is very high and exceeds $900 which gives investors great prospects for short-term speculation. Also, for those who don’t want to take risks and want to wait for Ethereum 2.0 with minimal risk, the platforms offer a deposit. PointPay has an ETH deposit rate of 4.6% p.a.,” says Andrei Svyatov.

PointPay notes that from 2018 to 2021, the price of ETH has almost completely correlated with the price of BTC. Now, in Q2-3, the desire of the second most capitalized altcoin to be more independent of bitcoin is increasingly felt. PointPay analysts believe that after the full transition to Ethereum 2.0, which is expected in late 2021, the price of the cryptocurrency could reach at least $5000, and in the horizon of two years – $10000.

However, of course, there are still many factors in the market that can change the expected trend.