Litecoin (LTC) has reacted to Bitcoin’s impressive surge earlier this week with a massive run of its own. With Bitcoin finally cooling down, Litecoin is approaching a 100% price increase in just 24 hours. Litecoin is now trading at just over .01 BTC, a price point which has historically been difficult to break through and remain at or above. The price of Litecoin is rapidly approaching US$200, and the coin now boasts the sixth-largest market capitalization at almost US$9 billion. 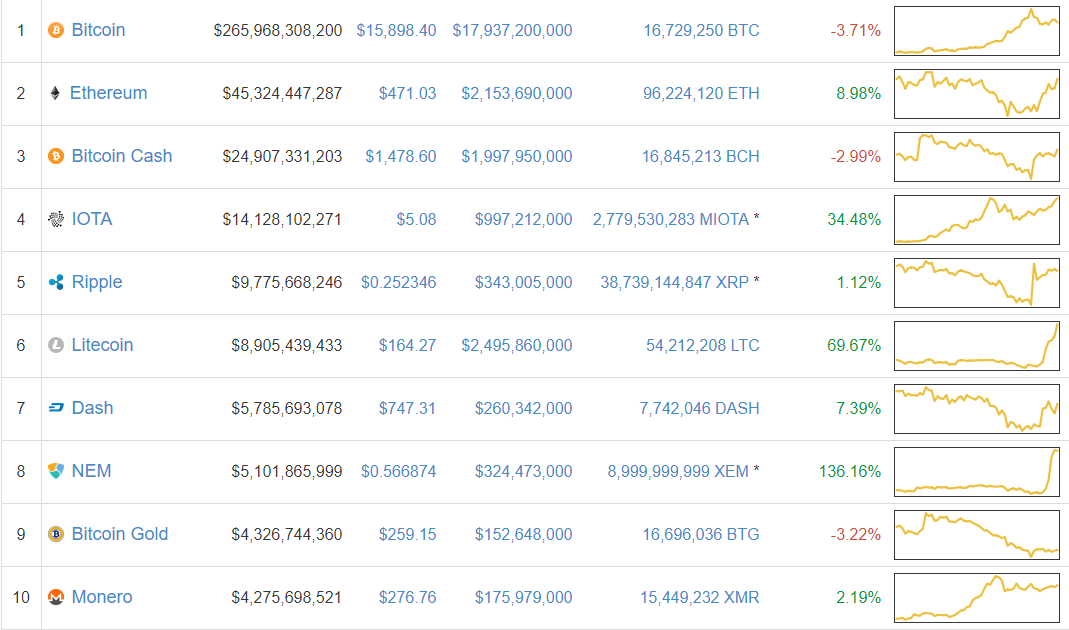 While speculators may have varying explanations for LTC’s surge, it’s clear that this rally has coincided with dwindling support for Bitcoin Cash (BCH). While most altcoins took immense beatings during Bitcoin’s huge appreciation earlier this week, Bitcoin Cash was among the biggest losers. Since then, this Bitcoin fork has continued to tumble, despite most other coins recovering over the past two days. With Coinbase releasing Bitcoin Cash funds to its users next month, it is plausible that Bitcoin Cash’s struggles will only continue in the near future.

Bitcoin forks have become quite common recently, creating many BTC clones and alternatives. However, Litecoin, which is by and large the most respected Bitcoin alternative among BTC supporters, is making a bold statement to its competitors: Litecoin, and only Litecoin, is the silver to Bitcoin’s gold.

Recently, there was some concern that a “flippening” would take place, with Bitcoin Cash threatening to overtake Bitcoin’s place as the leading cryptocurrency. However, if the present trends continue, a different type of flippening may occur, with Litecoin’s market cap potentially eclipsing that of BCH.

Litecoin has historically played a fundamental role as a testnet for Bitcoin, implementing potential BTC additions in a smaller, more controlled environment to see how successful they may or may not be. Litecoin’s creator, Charlie Lee, has maintained a supportive attitude toward Bitcoin, and it’s logical to suggest that Litecoin will not stray from its role any time in the near future.