It has come as a shock to the system and the turning point for many Bitcoin mining services, but with the price slowly falling and falling many have been pushed out of the game. With PB mining already out and even CEX.IO anouncing their temporary leave, the future of Bitcoin looks uncertain. Now it comes as a a shocking announcement (but not for some who may have anticipated this sort of behavious from Josh Garza), that the Zenminer Cloud Mining services have shut down.

The service shut down abruptly leaving customers with now mining power and nothing to show for their money. The company gave no announcement of any shut down and many customers remain cluesless as to why the service would have shut down with Bitcoin prices still above $200. With the mining operations currently profitable for the miners, due to many products which offered a always profitable guarantee, it has been acknowledged the mining operations may have been unsustainable on the companies part. The announcement below was released on the Hash Talk forums and outlined the current situation for GAW.

“As a result of unstable market conditions, diminishing bitcoin value and the unbalanced-cost of maintenance and power, GAW and Zen Cloud mining operations have been indefinitely put on hold, effective immediately. At this time, we can no longer support mining services that place our customers’ value and mining efforts at risk. As the bitcoin value and market evolve, GAW and Zen Cloud mining operations will strategically adjust to meet those market conditions.”

Whilst GAW’s repuation may already have taken a beating from the previous PayCoin fiasco, the shutting down of Zenminer comes as a massive blow with Zenminer one of the biggest mining corporations compared to the likes of CEX.IO. However Zenminer comes as the latest provider to close its doors to the public and this has caused huge confusion among customers who were surpirsed the company was able to survive whilst price hit critical points of $150. Whilst some claim ponzi and others shout scam there is only one way to discover what really happens behind those closed doors. 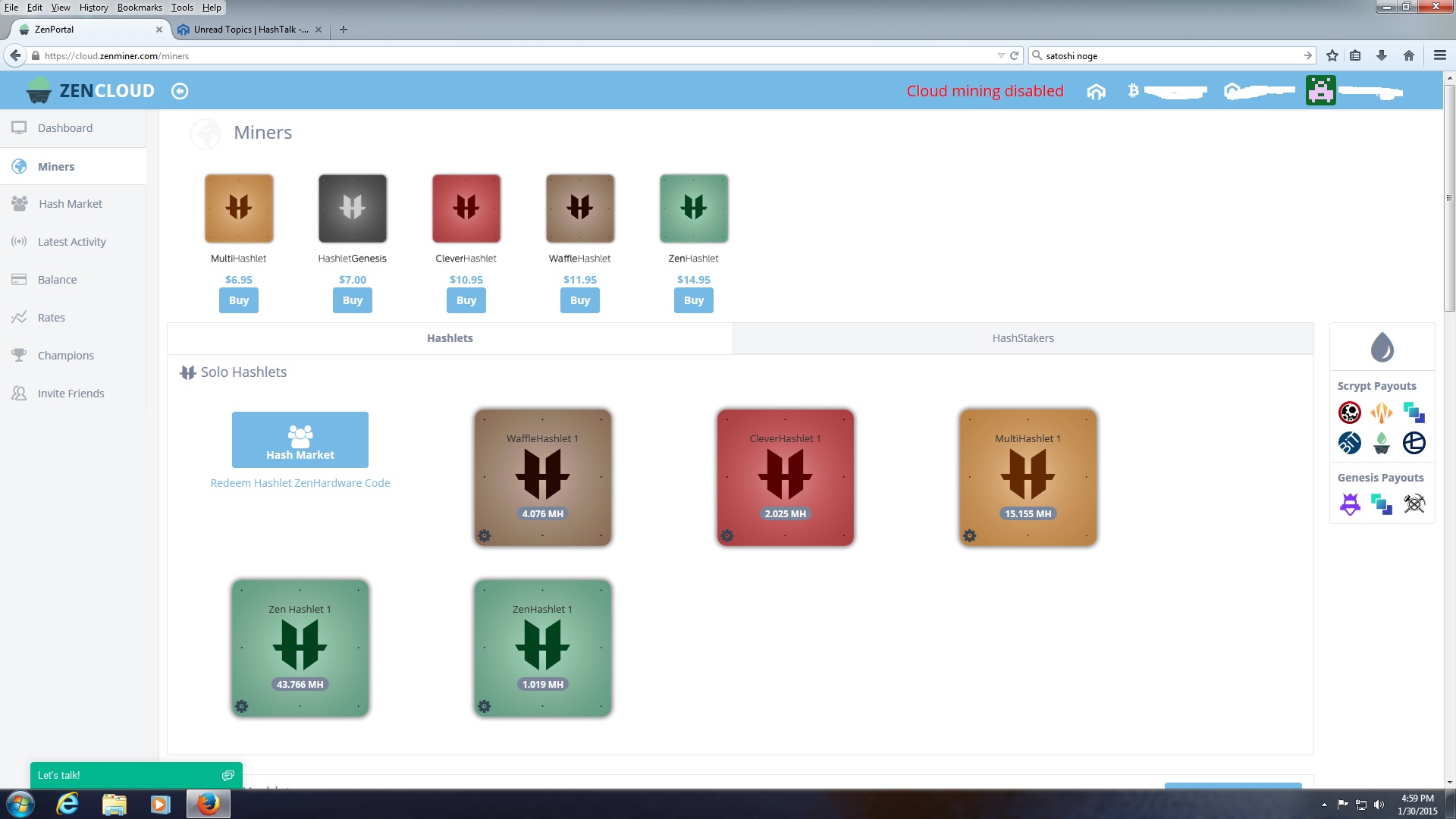 The new wave of companies closing down has hed a drastic impact on the health of the Bitcoin network on the whole. Whilst the hash rate is dropping, and shockingly the difficulty which hasnt decreased this dramatically for years, the price has been the focus.  With a dropping price the inadvertent effect is a dropping hashrate with miners no longer able to pay for operational costs.

To conclude the declining prices of Bitcoin may have played a pivotal role in forcing the service to close its door but with the reputation of Josh Garza at stake (but already tarnished), many point the fingers to him. Having a reputation of going back on promises such as setting a $20 floor for the PayCoin it seems as this may have been inevitable. With the Garza empire slowly crumbling many customers may take the case to court. With Coinbase already on the verge of being taken to court over market manipulation claims, Josh may not be roaming the streets of Bitcoin for too long.