By Friday, August 7th, the ETH seems to gave lost its absolute confidence in further growth but its overall mood remains positive. This promises a chance of growth after the pause. Today the ETH is generally trading at 396 USD.

On H4, the uptrend of the ETH has passed the level of 38.2% Fibo related to the preceding long-term declining wave. Technically speaking, there is a correction forming on the chart after swift growth. After the correction and a breakaway of the high at 415.26 USD, the next goal is likely to be 50.0% Fibo (455.05 USD). However, for now, after a divergence on the MACD, an impulse of declining has corrected the previous growth to 38.2% Fibo. The next wave of growth is testing the area near the high but the market seems to be preparing another wave of decline. 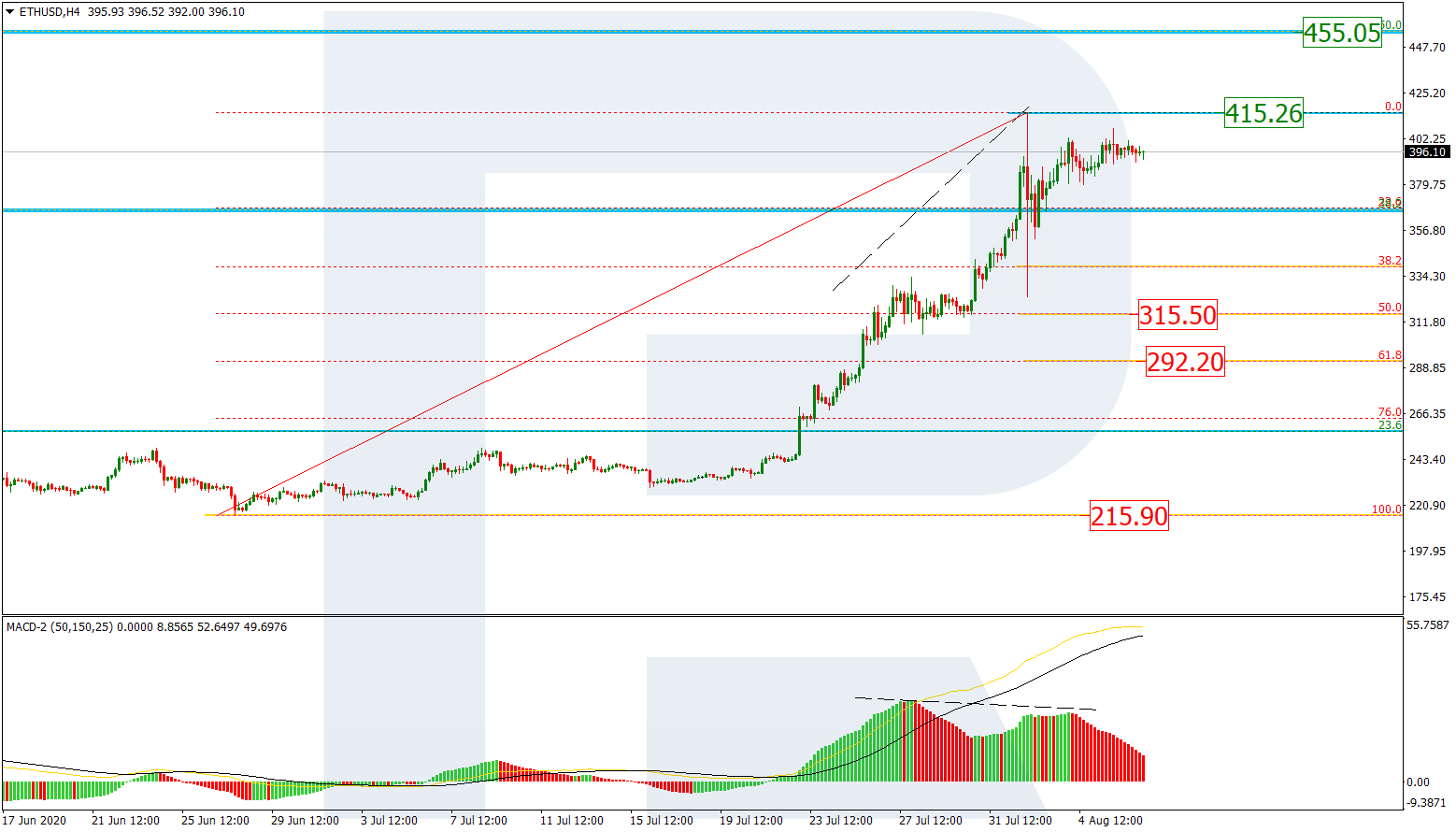 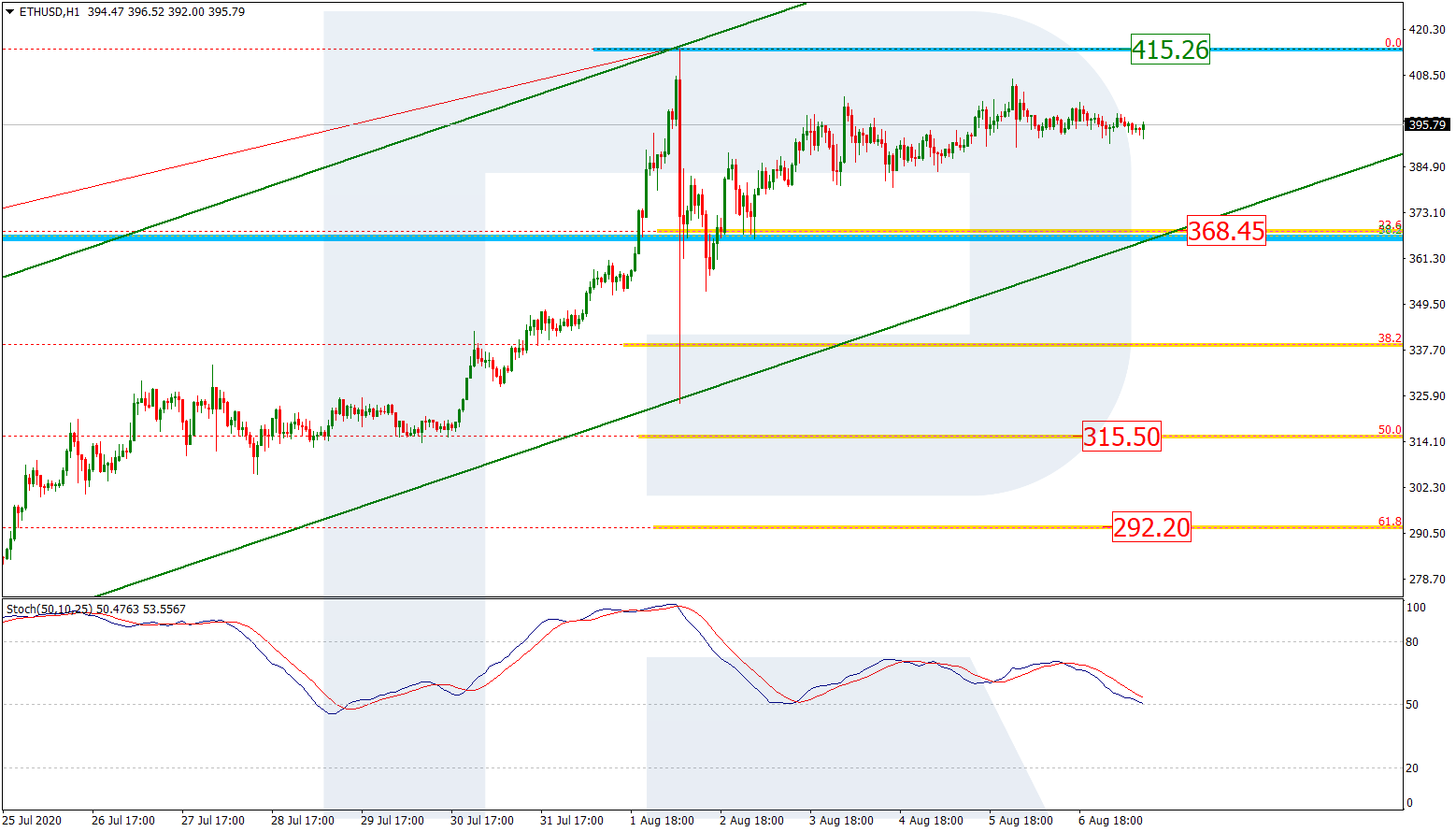 Adam Back, the head of Blockstream, states that the ETH, along with other altcoins, demonstrates a range of features that make it look like a crypto pyramid. Simultaneously, the financier who the market thinks to be the creator of the ETH – Satoshi Nakamoto – is sure that behind each altcoin there is a personality comparable to the father of financial pyramids Charles Ponzi.

According to Back, the problem of the ETH, as of many other altcoins, is the distribution of assets. At the same time, he says that Ethereum and Ripple are rivals in a contest for being the most important fraud scheme.

Why are we talking about fraud at all? Back comments that as long as 70% of the initial altcoins have been mined by their creators, the mining schemes are non-transparent and can never become transparent.

However, the ETH rate is hardly influenced by such comments: general market moods are much more important, and they are satisfactory.