One unfortunate fact in the cryptocurrency market is that people from all around the world have most probably encountered some trouble when it came down to buying or selling something on the Internet with the help of Bitcoin, or any other altcoin. Well, a Bitcoin market known by the name of CryptoThrift has changed this by allowing thousands of people to go ahead and trade whatever they want on the Internet while buying and selling things with the help of their cryptocurrencies.

An interesting development has just happened and sources point out that all of those who have used the service until now are in for surprise, as the marketplace is hard at work introducing a couple of more features. Since it has been launched over in 2013, CryptoThrift has served more than 26,000 users, while not having any major update, which is why the system needs an overhaul at this moment in time, in an effort to ensure that other marketplaces don’t get close enough to be considered as competition, but also to make sure that people who hold cryptocurrencies find it easy to trade their objects. 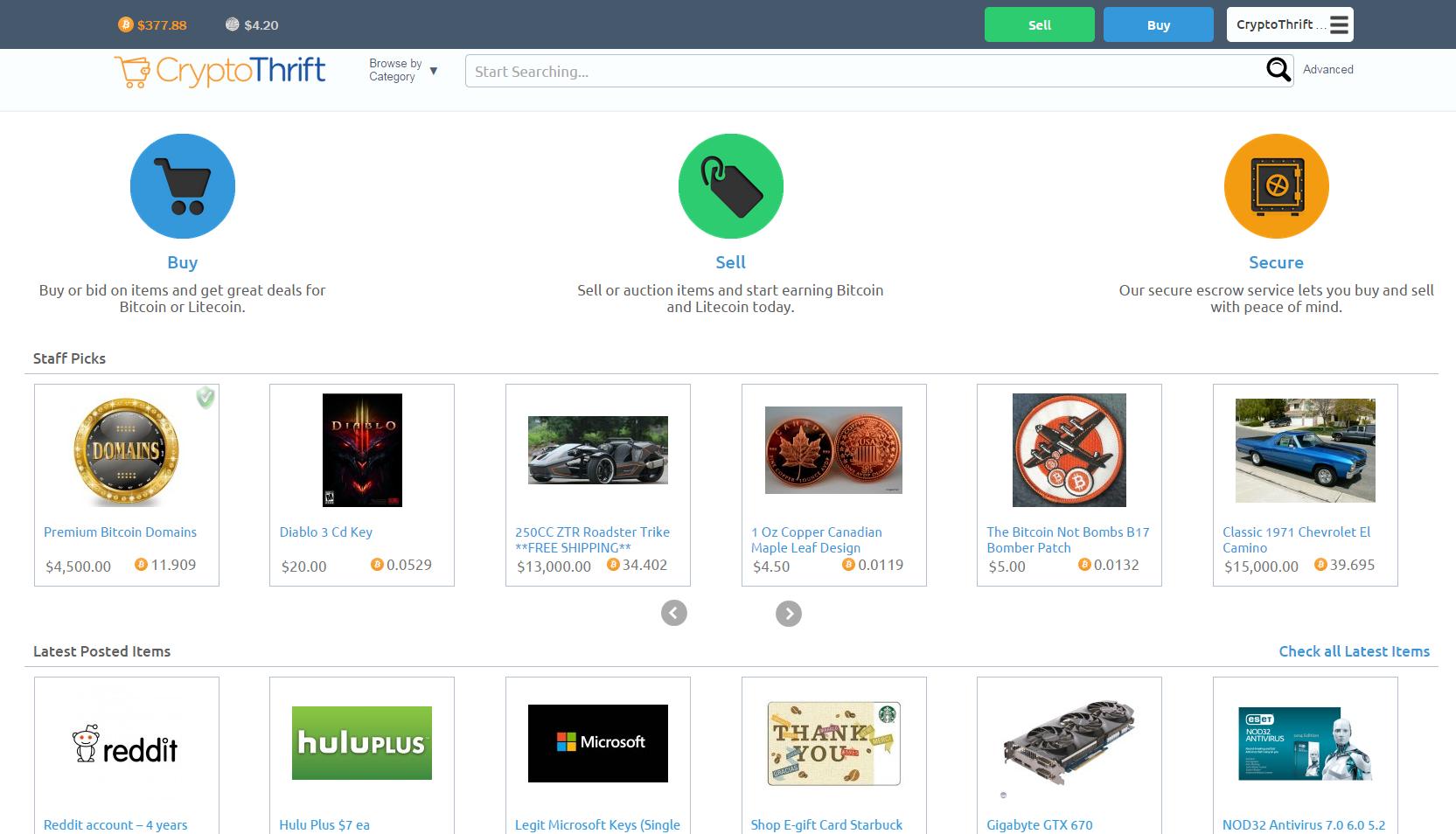 With these factors in mind, the marketplace has now introduced a one-click to relist feature, but also a Bitcoin affiliate program. The feature will not only make it easier for those who are interested, to relist their products, but this will also have an important role in increasing  the sales chances of a particular product, by making the whole process of relisting something easier for all of its users.

Although this is an interesting addition that is bound to have a lot of success, the cream of the crop is actually the world-class Bitcoin affiliate program that has been introduced. To put things better into perspective, those who would like to support CryptoThrift by recommending the site to others, or who are directly responsible for one or more sales will be rewarded by the team. However, this affiliate program is unlike others, thanks to the incredible rewards that the site is offering for a limited period of time.

With this in mind, users who refer someone new can earn as much as one bitcoin for their effort, but also continuously earn 1% of the purchases made by the users which have been referred during their first 90 days on the site.

While the platform was hit by a hack last year, CryptoThrift is now also proud to announce that they have made a couple of security improvements which strive to ensure that no other hacks will take place in the future, thus promising absolute privacy and security to their users.

Based on everything that has been outlined so far, what do you personally think about the improvements brought over to CryptoThrift? Have you ever tried out the marketplace? If yes, what did you think about it? Let us know your thoughts in the comment section below.