The United States of America has long been known to spy on its citizens every move with the aid of the NSA. The agency that is responsible for monitoring every citizen in every state, have become much more intrusive on their campaign for dominance over digital communications. Recently, President Obama has also become outspoken on his views against cryptography in recent times. He also gave his approval to Cameroon hoping to allow the government to have more power and be able to access the data of people on a legal basis. 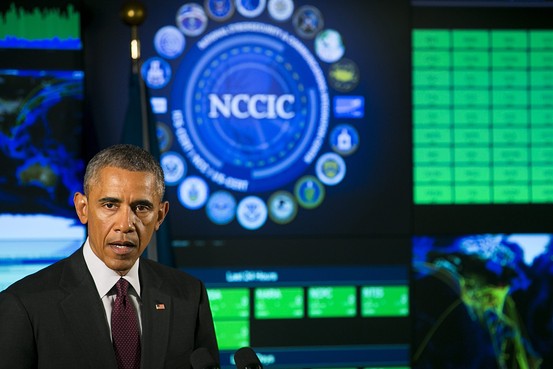 “If we find evidence of a terrorist plot… and despite having a phone number, despite having a social media address or email address, we can’t penetrate that, that’s a problem,” Obama said. He said he believes Silicon Valley companies also want to solve the problem. “They’re patriots.”

NSA have been extremely busy in the field of spying and cracking as it has been discovered they have found a way to bypass the HTTPS protocol to snoop and spy on private data. The HTTPS, one form of a secure communications protocol meant to keep data encrypted has already been rendered useless by the agency. It may only be a matter of months till the agency manages to crack the cryptography behind digital currencies such as Bitcoin.

Obama must now choose between competing priorities: the security of private information, or the ability for law enforcement to gather intelligence”, said Christopher Soghoian, principal technologist at the American Civil Liberties Union.

The NSA have also become interested in Cryptocurrency due to their potential to terrorists and other criminals. Whilst Obama may house the common stereotype that cryptology is only useful if you have something to hide. This stereotype is largely false due to the majority of people using crypto, simply enjoy the financial freedom and security provided by the code. With Cameroon being given support by America to be more intrusive on communications being routed in and around the country, it is thought cryptocurrencies will also be regulated to allow the government to monitor transactions.

Monitoring transactions made with crypto may be detrimental to the health of the markets since the majority of transactions will essentially be traceable and tracked at will by the government, The idea of a

cryptocurrency was meant to be a replacement for the current government controlled centralized cryptocurrencies and if the government of Cameroon does violate users privacy, the health of crypto may be damaged irreparably around the country.

To conclude it may be only a matter of time till the cryptology holding Bitcoin together gives way to the prying eyes of the government. However this will have to wait as the development in cryptography is currently much faster than the attempts to break it by the NSA and other respective agencies. Stay tuned to BTCFeed for all the latest BTC news and stories.