A new Bitcoin-based service called Bitmoby (www.bitmoby.com) has been released to the general public. It uses Bitcoin to send money to mobiles and with the service you can now send $10-$100 to mobiles in over 117 different countries.

This new service means you can send money to other mobiles across borders with ease and security without having long waiting times for your loved one or relative to receive the money. It has a simple interface where you can simply send Bitmoby the Bitcoin and it sends the mobile top-up. The site also guides users as to where you can buy Bitcoin, and the two exchanges Bitmoby works with.

It is also quite simple as it does not require any private information or have to be registered with any mobile money operators. It simply requires the phone number, to the user you want to send money to, the country where they are and an email address. The service then allows the user to choose how much money they wish to send. Then they send the chosen amount in Bitcoin to an address. During this process the user gets a window which shows the address to which they have to send the Bitcoin and no matter how rapidly the price may change the required Bitcoin stays the same for the 10 minutes the window is open for.
“We are trying to exploit the fact that, with Bitcoin (unlike card-based transactions), we can directly embed transaction information in the Bitcoin QR code and wallet address which means no ‘shopping cart’ or ‘check out’ process is required,”

However the project is still in its early stages and has a lot more potential and has time to develop a lot more. It can also incorporate daily or monthly top-up limits as this would make it easier and more stable. As it develops further hopefully it will have increased awareness and have more features. There are also other services that allow you to transfer money in a similar way, such as Bitpesa which allows an easy and convenient way to pay. 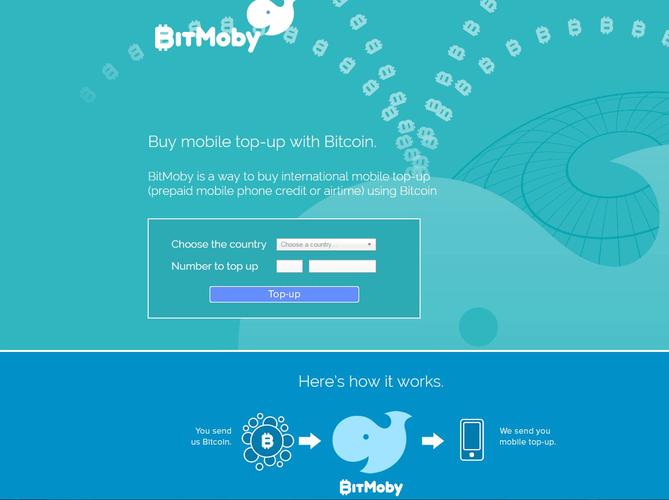 “Mobile top –up is purchased in cash around the world with no customer registration information, so why should we require it? We don’t care who is paying us. So long as we have the funds, we will do the transaction.”
They are also currently looking for a different way to store their Bitcoin as they hope to find a unique way rather than the conventional ways they are currently stored. The service, which is based in Australia, served six countries but has made the leap from a few countries to many as they hope to broaden their reach and me able to send money to countries most services can’t. This service has joined the few others that realise the potential of Bitcoins reach and use it to their advantage as it is safer and faster than other fiat currencies. Overall it is a very useful service and will hopefully inspire others and expand the Bitcoin community.