On the weekly timeframe, the Bitcoin remains in the correction phase, which may extend and bring the quotations to the psychologically important level of $7000.00. Upon the end of the correction, a new wave of growth may be expected, confirmed by the ascending dynamics of the MACD and Stochastic. As for the goals, having overcome the current peak, the quotations are likely to aim at $15560.00. 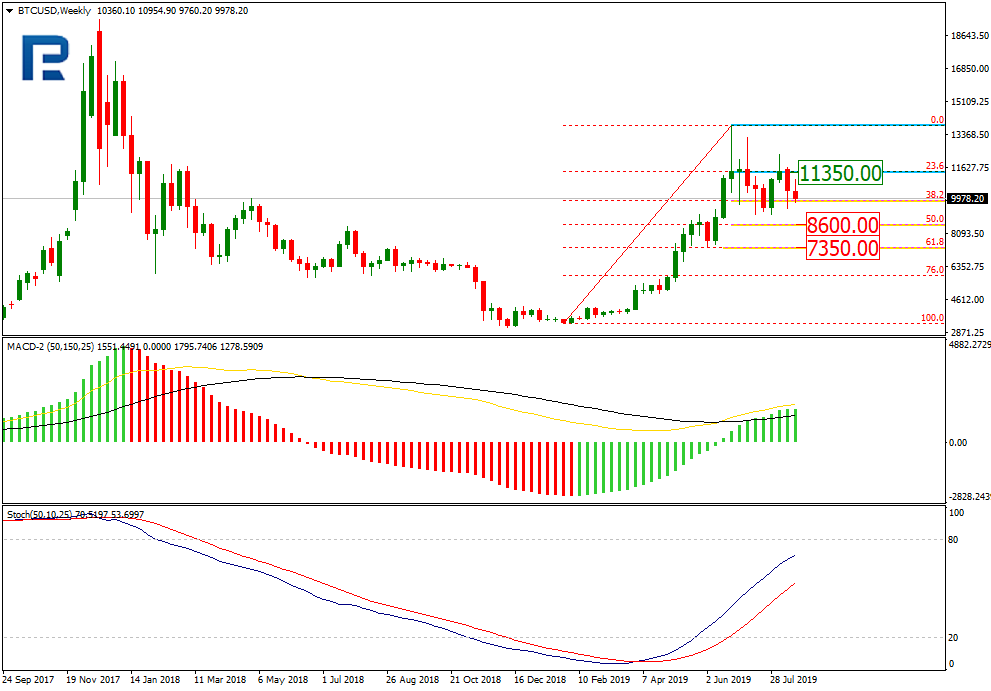 On the daily timeframe of the BTC/USD, a descending correction channel is forming. Upon a bounce off the resistance line of the correction channel, the quotation have headed for a second test of 38.2% Fibo. A successful test and a breakaway may let the quotations go deeper down, to 50.0% ($8600.00) and 61.8% (7350.00). The confirmations here are the descending of the MACD lines, the red histogram and the new impulse of declining. 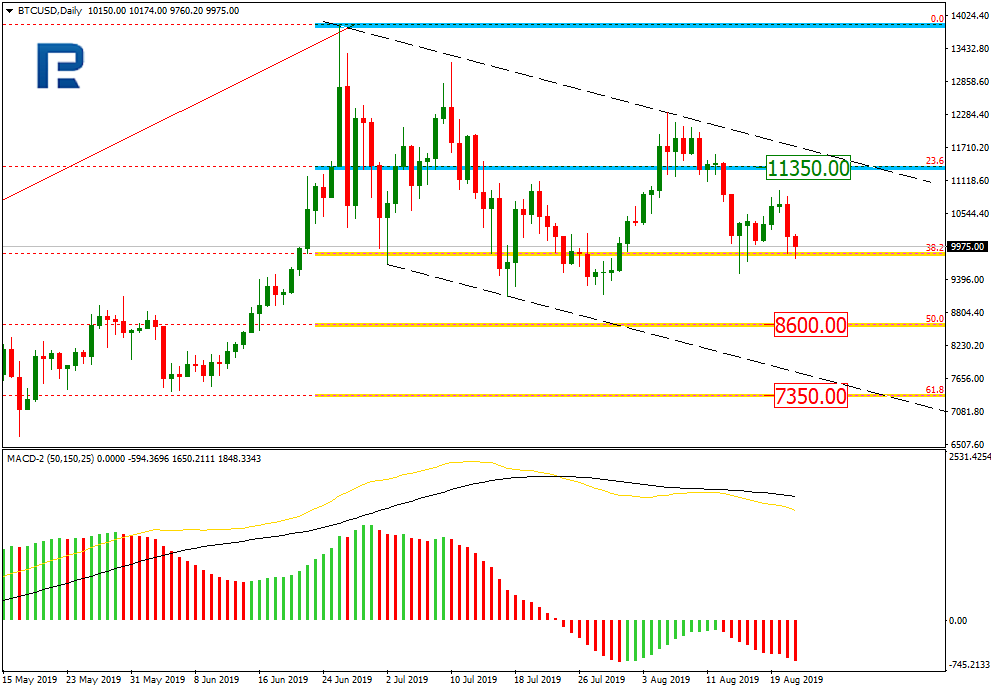 On H4, there is a new impulse of declining, forming after the correctional growth. The quotations are nearing the local support of $9650.00. A breakaway of this level may open the way to 50.0% (8600.00) Fibo. The subsequent decline should be confirmed by a Black Cross on the Stochastic. The resistance is at $11350.00. 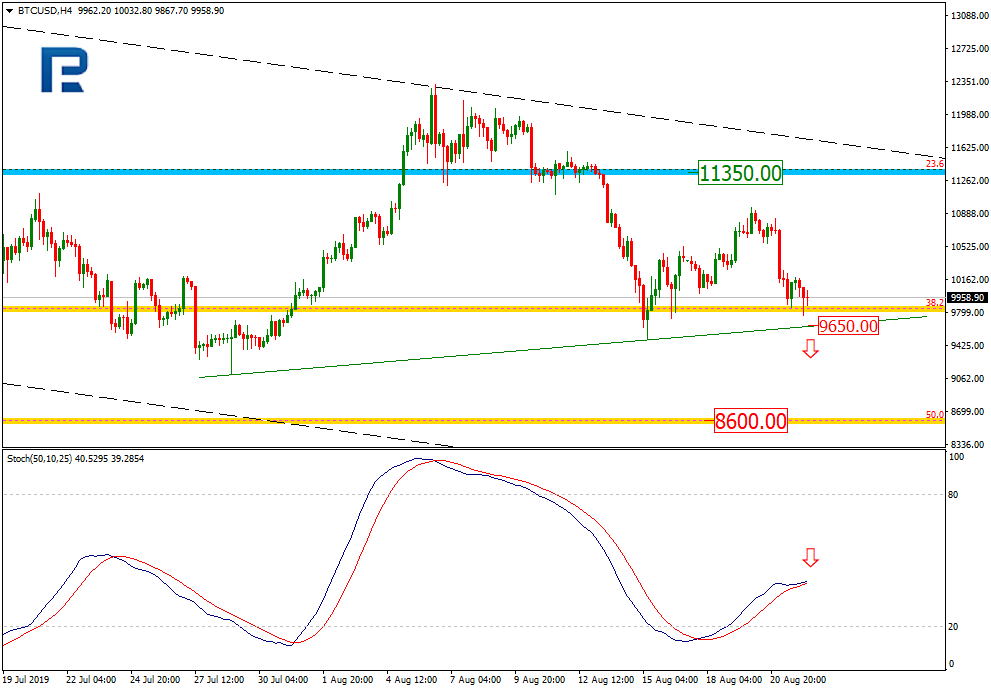 The decline of the Bitcoin continues. On Thursday, August 22nd, the leading cryptocurrency is retreating, trading at $9991.00.

According to the Head of Circle Jeremy Allaire, the current volatility of the Bitcoin has been due to the investor activity on the platforms. This week, market players have been locking in profit after the robust growth of the main cryptocurrency, which, indeed, led to its steep decline. However, this has not prevented Allaire from calling the Bitcoin the stock digital gold.

The BTC is strongly supported by the increased demand of world investors for a safe area, free of global control, where capitals can move independently, without excessive risks. Allaire points out that this factor will only become acuter with time, definitely playing on the side of the BTC.

Meanwhile, according to the creator of the website bitcoin.com Roger Ver, the BTC is an excessively slow, expensive and unreliable cryptocurrency. In this light, he views the Bitcoin Cash as a more progressive asset: the size of a block has been changed, which made transactions cheaper and the safety level higher.

Ver explains what exactly has made the Bitcoin a unique product – purposeful filling up the blocks, which simultaneously makes the cryptocurrency appealing and too pricey. The Bitcoin Cash, Ver says, is free of this problem. All in all, criticizing the Bitcoin is normal for Ver as he is famous for poking at its drawbacks. However, there are still no real threats for the leading position of the Bitcoin on the market.