After updating its all-time high once again at $58,350, BTC/USD has started a deep correction. A lot of traders, who bought the asset at the top, are now at a disadvantage because the slump covered over $13,000. However, investors recommend to buy at the time of significant declines, that’s why the current correction may be considered as another attractive chance to enter the cryptocurrency market. 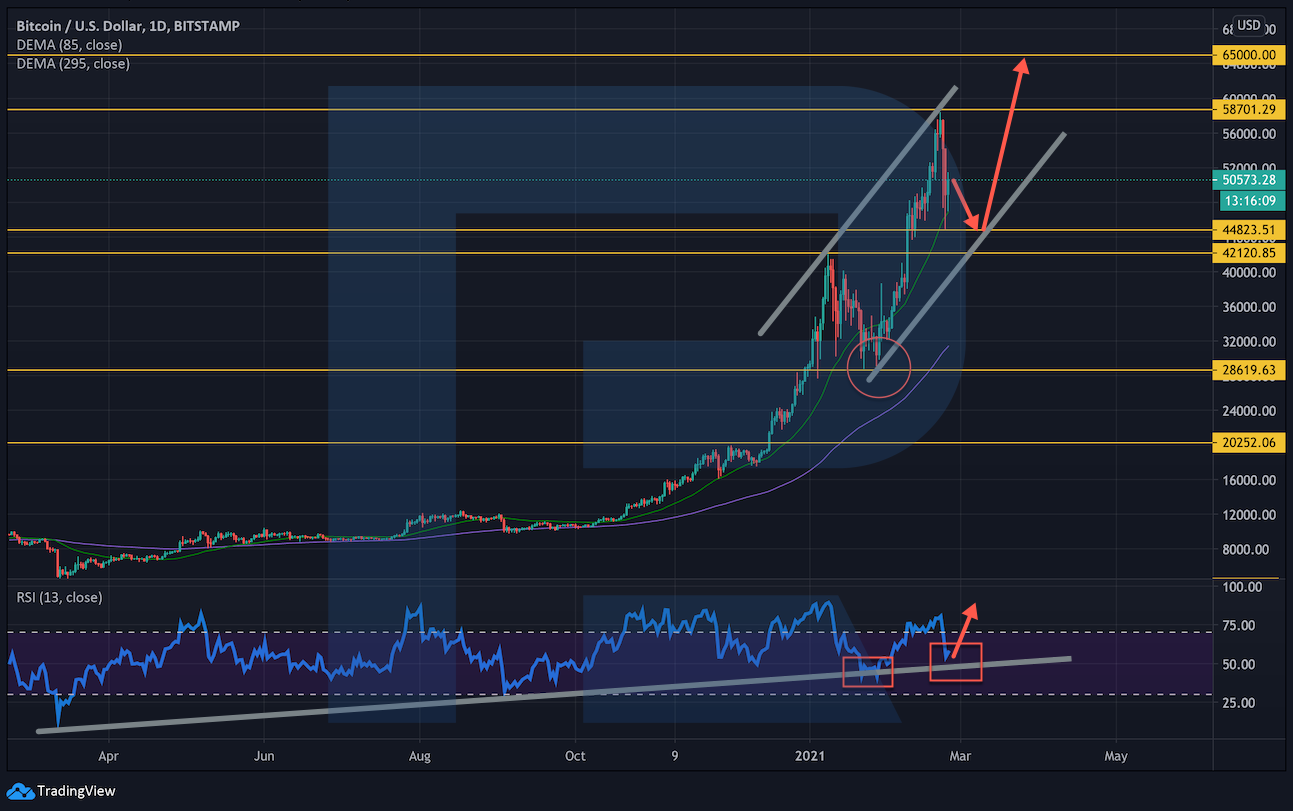 In the daily chart, the cryptocurrency has tested the fast Moving Average. Earlier, during a strong bearish correction when the price fell to $28,620, there was also a tight test of the area between Moving Averages, which was followed by a further uptrend. An important support area is between $44,800 and $42,200, where we can see the rising channel’s downside border. As a result, if the price starts moving towards this area again, it may rebound and resume growing. The closest upside target may be at $65,000.

The catalyst for the current movement of the leading cryptoasset was Elon Musk’s words about the overestimated price of both Bitcoin and Ethereum. Tesla shares also dropped pretty much and reached $618, which was the biggest plunge since September 2020. Investors started blaming the company for this slump due to its major Bitcoin purchases earlier.

Some analysts also noticed an adversarial attitude towards cryptocurrencies during Janet Yellen’s speech, which may have put significant pressure on Bitcoin and the entire cryptocurrency market. Treasury Secretary’s rhetoric was in no way different from the one of heads of other central banks as all of them are also very worried about the high volatility of BTC, as well as the fact that such assets are often used for money laundering and tax avoidance.

At the same time, former crypto-bears now acknowledge that the cryptocurrencies may skyrocket again and don’t’ want to open short positions. It was said by Bill Gate), whose current stance on Bitcoin as an investment tool is rather neutral. However, back in 2018, the famous entrepreneur was quite vocal about short in BTC. He also warned traders against blind following Elon Musk’s recommendations, saying that Musk had much more money than an average investor in the market.

Michael Burry has similar views on the growth of the entire cryptocurrency market in the short-term, but he also is not ready to open short positions even despite the risks of the government’s pressure upon these assets. 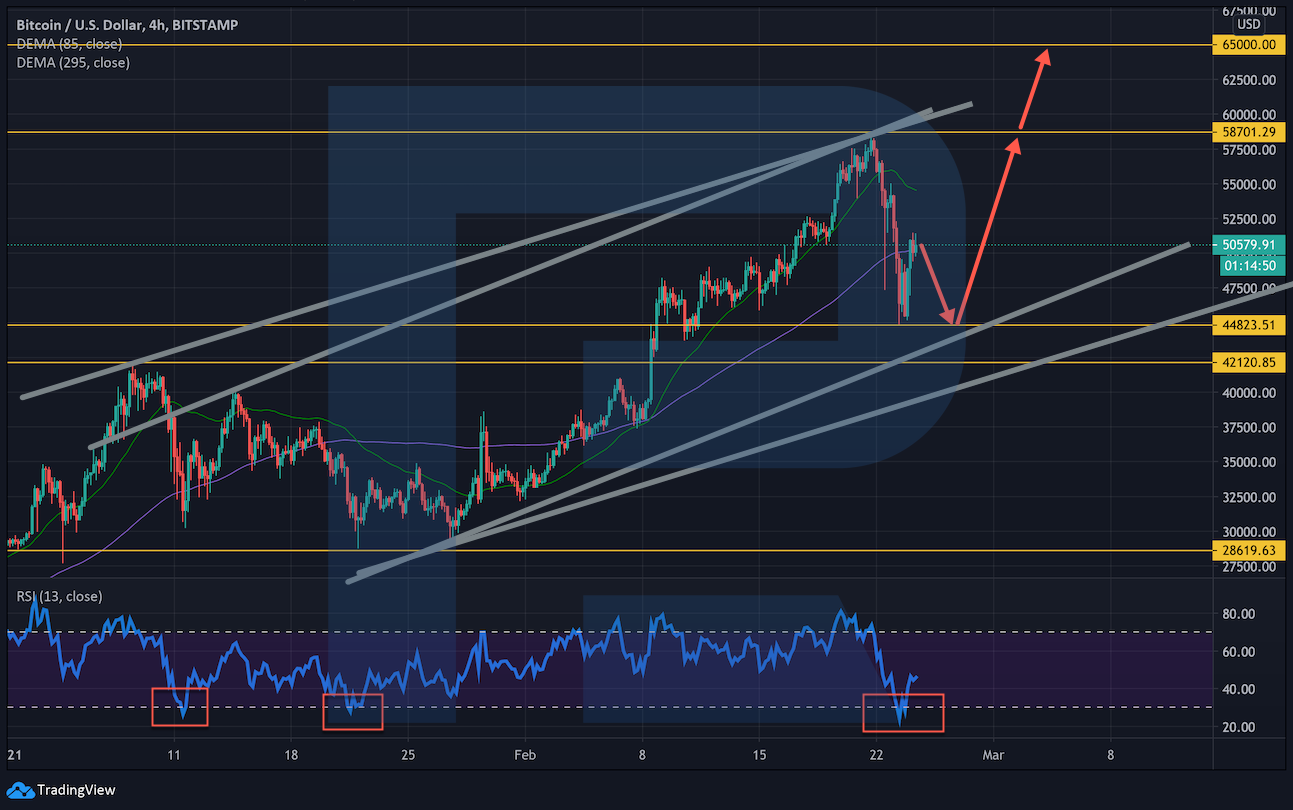 As we can see in the H4 chart, recently it was the first time in February when the RSI indicator fell below 30. Earlier, such declines showed the completion of descending corrections and further rising impulses. However, we shouldn’t exclude one more descending movement towards $44,800, which may be followed by a rebound and a further uptrend. In this case, there will be potential for the formation of a Double Bottom reversal pattern, while the test of the rising channel’s downside border will be another signal in favor of new growth. Still, the bearish correction may yet continue if the asset breaks the rising channel’s downside border and fixes below $40,000. In this case, the next downside target may be at $29,000.