Australia has made a major step in the process to declaring Bitcoin as powerful and established as a fiat currency. The Australian Senate Economics References Committee have been looking to alter their laws to make Bitcoin transactions as similar to fiat transactions as they can.48 organisations are also said to have submitted information to the committee. However the new laws do mean that the 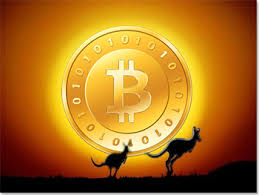 transactions will be taxed and put up against laws as with other fiat currencies. This has had many different views as some people believe that Bitcoin should remain tax free and free for all to use without laws whilst some believe that it is a step in the right direction and that with the addition of laws and regulation it will be regarded more seriously.

This is a large change keeping in mind that only last year the Australian taxation office commented that Bitcoin is “neither money nor a foreign currency.”Although cryptocurrencies are still in their early stages, with Bitcoin further down the line, they are still valuable and should be taxed and kept in a similar position to fiat currencies such as the British pound, American dollar and the Indian Rupee. This means that the taxes put on Bitcoin will be used to add to Australia’s federal government’s taxation white paper.

The Australian Senate Economics References Committee’s ruling is predicted to be shown  later this week and is likely going to be similar to the UK’s laws on Bitcoin.”If it is defined as a global currency, this would be a positive step to encourage the bitcoin market to continue innovating,” said Coinjar chief executive Asher Tan. “The Australian bitcoin market will significantly improve.”