The Bitcoin mining industry is facing serious adversity these past few months. Not only because of the Bitcoin price not hitting the US$320 mark – which is supposedly the “sweet spot” to make cloud mining profitable once again – but also because of weird stories surrounding several Bitcoin cloud mining providers. AMHash is the latest company in that list, as they claim someone has “stolen” 5 petahash of Bitcoin mining hashrate.

Trouble started brewing for AMHash customers once the company announced they will suspend paying out dividends to shareholders since February 28th. In fact, there had been issues with AMhash dividends ever since the beginning of February, as their “supplier” ASICMINER had not paid any of the owed money to AMHash.

However, the matter would be resolved rather swiftly apparently, as AMHash dividends would be paid out again within 24 hours of receiving the Bitcoin payment from ASICMINER. All the missing payouts from February 8th up until the date on when that payment would be received will be sent out to shareholders without any issues. Needless to say, this has not happened yet at the time of publication.

Dividends would not be the only “victim” because of all this, as the trading of AMHash1 shares on Havelock has also been suspended until the dividend payouts are set to resume. This means that people who are not happy with the current situation can’t even sell off their AMHash shares, as the trading market has been disabled. You can see where this is going, right?

A new update was provided by the AMhash team just yesterday, where they explained how 3.546 Petahash of Bitcoin mining power has gone “missing” since December 25th 2014. According to the representative, the problem came to light just two days later, and they asked friedcat – a well-known member in the Bitcoin mining community – what the deal was.

According to friedcat, the mining farm where this hashpower suddenly disappeared from was undergoing some maintenance, and the missing hashrate would come back online in a few days tops. I’m not sure what kind of wizardry the people at AMHash expected to see happen, but the hashrate is still not accounted for more than two months later.

After some back-and-forth communication between friedcat and AMHash, we are still no step closer to finding a solution to the problem. However, some more evidence has come to light, as friedcat now allegedly claims that the missing mining hashpower has been stolen by the partner of the mining farm. Right, we didn’t see that one coming, did we?

With a bit of luck, we will see a solution being provided by friedcat as the plan is to deploy additional Bitcoin mining hashpower from new mining farms. Up until this point, there has been no further communication between all parties involved, and AMHash customers are left in the cold with no option to recoup some of their losses.

All Signs Point Towards AMHash Being a Ponzi

Needless to say, the story above does not seem to make that much sense to anyone. The biggest question customers have is why AMHash only announced this hardware gone missing two months after the facts? 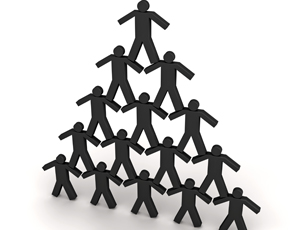 The company could have come clean at the end of December 2014 instead of “keeping up appearances. Definitely not a good way to earn your customers’ trust.

Perhaps the oddest part of this story is that AMHash has managed to pay out dividends between December 26th and February 28th. Allegedly, these dividends are coming from AMHash’s own pocket, but it does beg the question whether or not this is just a way of throwing people off the idea of this company turning into yet another cloud mining ponzi scheme.

Unfortunately for all parties involved, AMHash claims they can take no further action until they hear from friedcat. If you believe this story is completely true, you can rest assured that he/she will never be heard from again under that nickname. However, if the story is false, we haven’t heard the last of AMHash either.