As far as cryptocoins go, imagination and ingenuity has seen a sharp decline over the past few years. Whilst many label altcoins as copy and pasted coins with only one purpose, to make money for the developers, a new coin has come out to challenge these stereotypes. 8Bit only released a few days ago has already set the hearts of investors alight with the markets reflecting the current success of the coin. 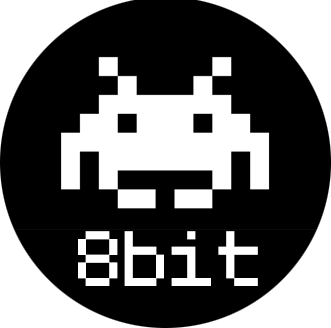 The 8Bit Coin is a new coin with a new theme. With the age of 8Bit gaming firmly cemented in our minds but buried in history, the Coin aims to rekindle the fire which was once part of everyone’s childhood. 8Bit Coin aims to relate to those who cherish gaming at its prime and aims to integrate crypto fully into this world.

The coin is relatively new to markets but with it already accepted on a variety of exchanges such as Bittrex we have pulled data analyzing and displaying the coins performance. Currently the price per coin has increased to over 400% with in a time frame of 24 hours. Initially the coin hit markets at a price of 68k Satoshis just a few days ago but has ballooned in value to reach a value of over 450k Satoshis a piece. This massive hike in value has been compared to the price rises seen in various other coins and fears have risen about the coin being a simple Pump and Dump Coin. With a trade volume sitting in an excess of 100 Bitcoins it seems demand for the coin has surged significantly with in a short time frame. A strong and defining upward trend has been established as today (at the time of writing) has seen the coin jump from 80k Satoshi to over 450k Satoshi a piece.

update – The coin has seen further price rises today with the price increasing a small but appreciative 6% on the Bittrex Exchange. However the high of 450k satoshi is nowhere to be seen currently with prices sitting around the 200k satoshi mark. With volume remaining over 100 Bitcoins current markets allow for the growth of the coin particularly in the financial aspect.

To conclude, the new coin which has taken us by storm is also performing great on the markets. With both the sentiment and capital supporting the coin, it seems the coin is destined to outlive its counterparts in the altcoin scene which have a lifecycle of a few weeks on average. With the development team behind the coin supportive and the community also thriving at the end of the POW mining phase who knows what is in store for the future of the 8Bit Coin.

Always invest with caution as your capital is at risk. This article is not meant to serve as investment advice and does not represent the views of the site.